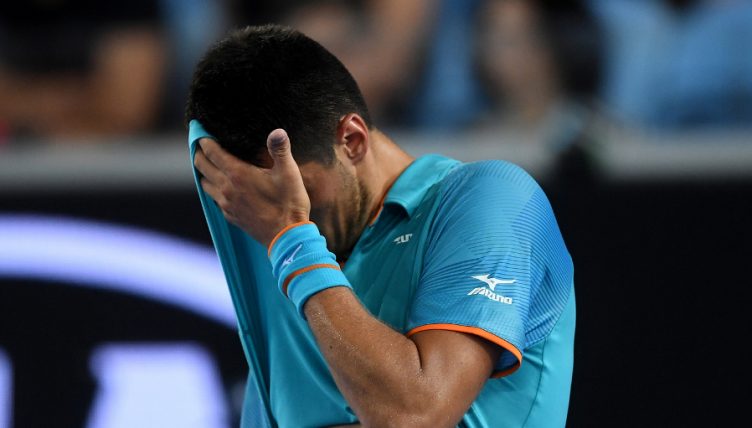 The Bernard Tomic Wimbledon fine saga is set to drag on after the Australia revealed he is “taking legal advice” after the Grand Slam board rejected his appeal.

The 26-year-old was fined his entire £45,000 match fee by the All England Club after he lost his first-round match against Jo-Wilfried Tsonga 6-2, 6-1, 6-4 with the contest lasting only 58 minutes.

Officials declared that his performance did not meet the “required professional standards”, but Tomic appealed the decision as he said he was unwell during the match.

However, his appeal was rejected by the Grand Slam board and the decision was accompanied by a stinging letter from director Bill Babcock.

“A review of your historical record of misconduct at Grand Slams, never mind elsewhere, provides little justification for an adjustment,” it read.

The world No 106, though, will be reimbursed 25% of the fine if he does not commit any violations in the next eight majors, but Babcock said he was doubtful that would happen.

“Admittedly, I am sceptical that you can achieve this reform of grand slam on-court behaviour. Many others, no doubt, would be even more than just sceptical,” he added.

However, Tomic is not done yet as he is set to take the matter further.

“They’re sort of mocking me with what they’re saying,” he said. “I don’t need 25 per cent in two years.

“I don’t need the money. It’s about what’s right.

“It’s not fair that I’ve been given one of the biggest fines in Grand Slam history when I didn’t receive one code violation in the match.

“I told them after the match that I was feeling unwell.”

He added: “I am taking legal advice on this. Any prize money that I get back, I’ll give to children charities in Australia.”