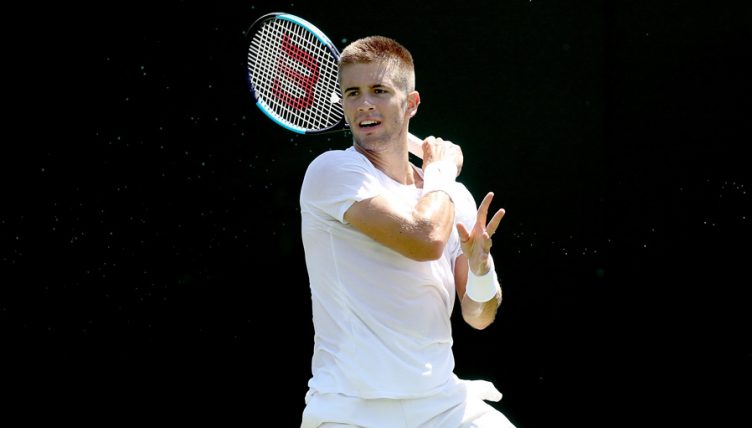 Borna Coric crashed out of the first round at Wimbledon before blaming the grass for his defeat.

The Croatian was seeded 16th and came into the tournament in good shape after defeating Roger Federer in the final of Halle last week, but he sank to a dismal 7-6 6-2 6-2 defeat to Daniil Medvedev to consign himself to a third consecutive first-round defeat at Wimbledon.

However, he suggested that the surface at SW19 was to blame, insisting it was different to the surface upon which he excelled in Germany.

“The grass is definitely a little bit different,” Coric said.

“I didn’t find it very enjoyable.

“I had a set point in the first set.

“I thought maybe if I get that first set, it could turn around a little bit.

“But then after that, my level just really dropped. He started to play much better.

“The second and the third set he was the better player, by far.”

Coric was a surprise package at Halle, and even he admitted to not expecting the level he produced, although there was clearly some frustration that he was not able to translate that to Wimbledon.

“I won only two matches in my life on the grass until then, so it was big surprise,” Coric added.

“But again, their grass is a little bit different than this one.

“It’s easier to play there to me. It’s okay.

“It was a very good grass court season for me.

“If somebody said I’m going to do 500 points on the grass, I would sign up. So I cannot complain.”