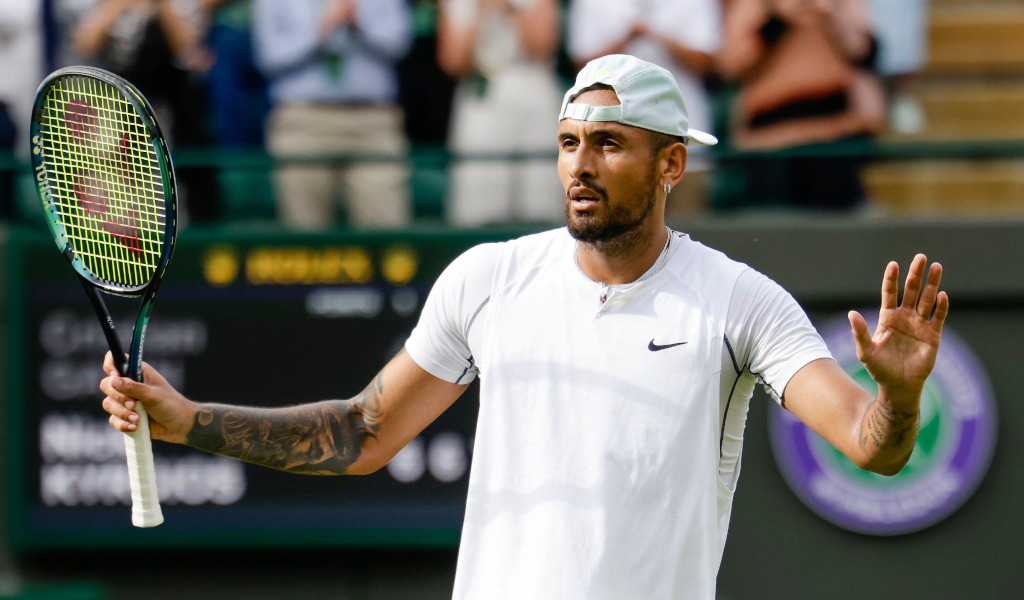 “I don’t care. Why would I apologise? I mean, the dude has got how many slams, how much money in the bank account? I think he can take a ball to the chest. I’m not going to apologise to him at all.”

Recognise this direct quote, at all?

Here’s a clue for the uninitiated. It was taken from one of the most compelling post-match press conferences at Wimbledon in 2019. The Kyrgios “show” had just come to a premature close for another year. He had lost to Rafa Nadal in the second round and the Australian was playing to the gallery, admonishing a journalist for their “boring life” before probably returning to the sofa himself.

We’ve been denied the latest round of the circus in 2022. What is painful for tennis fans is that this has come at the business end of the tournament when all hell could have broken loose (as well as some searing strokeplay).. How ironic that the problem area is near the region that Kyrgios aimed at just over three years ago. Clearly, Rafa’s chest and abdominals are not what they were….

There was an equal amount of talent on the court that day but fundamentally different approaches to preparing for the clash. While the Spaniard was having a restful night – as multiple Grand Slam champions do – Wild Thing’s pre-match routine was to rock up at the pub in Wimbledon Village. Indeed, he even spotted a member of the media who had been at the tavern herself. This exchange got a universal laugh from the press corps.

This year, the whirlwind worst of Kyrgios’s motormouth and accompanying collateral damage was seen on Saturday evening. After squeezing past Brandon Nakashima on Monday, the 27-year-old was looking forward to a large glass of wine.

It was a neutered B-movie compared to the histrionics of the Tsitsipas popcorn thriller. He’s even appreciating the close comfort of a tight family group, chilling out with his father’s cooking in the evening. There are serious allegations that are about to receive a hearing down under, but for now, the domesticated Kyrgios animal has kept this trip away as close to home sweet home.

One wonders if becoming a Grand Slam champion, albeit in a dream-like march to the final in his home country with childhood friend Thanasi Kokkinakis, has brought a reckoning.

The world No 40 has been quieter and less contrarian to events around him in his last two matches, despite the constant mutterings to get himself going. Nakashima and Garin’s personalities gave him very little to hit against too. With Djokovic beating home favourite Cameron Norrie the stakes, the sunshine and the intensity will go up considerably.

Now that Kyrgios has reached day 14 where prizes are held, how will the swirls of emotion, frustration and attrition mess with the temperament? He needs to dial in to that corporate mode of clinical play but the showman will not be suppressed. The last couple of episodes on court have been functional, almost repressed. It feels like the fire is in his belly and is ready to explode. For better, bitter, or for worse.

Kyrgios is entering the land of the tennis Gods he referred to last year when he was sanguine about coming up short in a big one: “Not everyone can be a Federer or Djokovic or Nadal. These are, like, once-in-a-decade athletes that inspire millions of people. Like, they’re just gods. I see them as that, too. But you have to have some people, I believe, that are relatable, that people can bring other fans to watch, like people that are just normal. I’m Nick Kyrgios. I know who I am.”

If he wins on Sunday, it might feel like an out-of-body experience. And he can have as much wine as he wants. The ship hasn’t sailed quite yet.