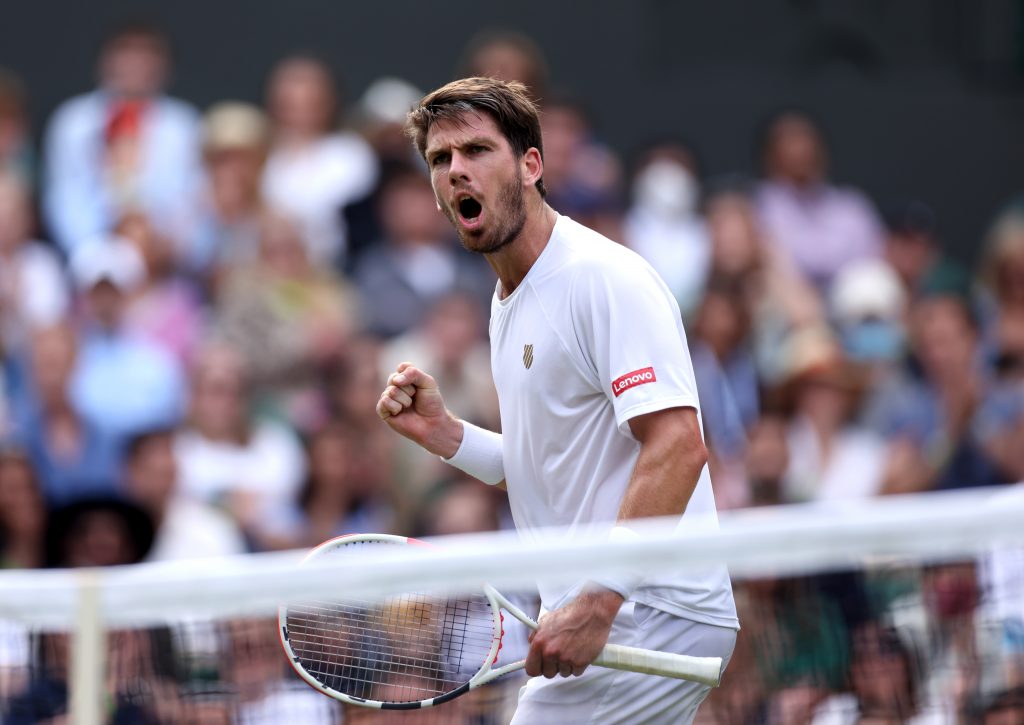 Ninth seed Cameron Norrie overcame two rain breaks in a straight-sets victory over Pablo Andujar to reach the second round of Wimbledon for a third successive year.

As British number one and a top-10 seed, Norrie might have expected a more prestigious assignment than first up on Court Two at 11am on the opening morning.

What looked like a quick assignment when he raced through the first set in just 23 minutes turned into a drawn-out affair thanks to the weather, with Norrie finally completing a 6-0 7-6 (3) 6-3 victory just after 4pm.

Having missed three match points before the rain came for a second time, Norrie was back on court for just four minutes and six points to set up a clash with another Spaniard, Jaume Munar.

Andujar, 36, had won just three tour level matches in his whole career so this was certainly a draw Norrie could look to take advantage of.

The 26-year-old has become the most dependable player in British tennis, winning two more ATP Tour titles already this season and breaking into the top 10 for the first time, but he has yet to make it past the third round at a grand slam.

He had far too much grass-court nous for Andujar in the opening set but the veteran celebrated with a clenched fist when he broke serve to start the second before spits of rain turned into something more substantial and the players left the court.

They returned an hour and a half later, and Norrie quickly levelled matters at 2-2, but Andujar had found his feet and pushed his opponent, who was struggling to rediscover his clean hitting of the first set, to a tie-break.

But Norrie upped his level again just at the right moment and an early break in the third set put him in total control.

As the skies darkened, Norrie created three chances on Andujar’s serve at 5-3, but he could not take any of them and, with the score at deuce, the rain came again and off they went.