Carlos Alcaraz admits he has to improve after first round struggle 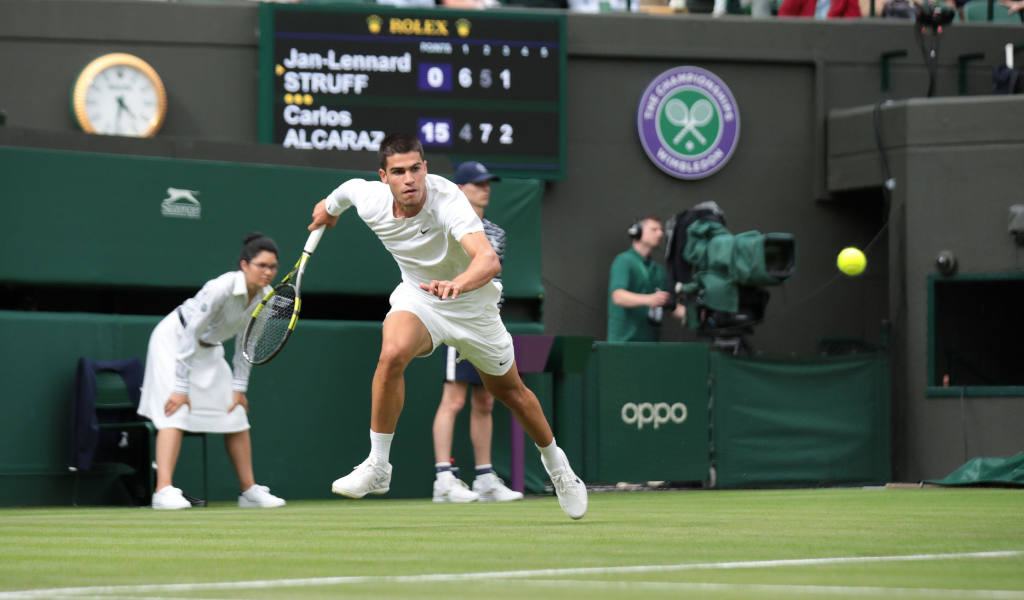 Carlos Alcaraz was happy to get past Jan-Lennard Struff in first round of Wimbledon but recognised that he will need to improve to make a deep run at the All England Club.

Speaking after the five-set victory, Alcaraz said that he enjoys playing on grass.

Struff was able to put Alcaraz on the back foot and left him scrambling to stay in points.

Alcaraz’s resilience and fitness paid off but he said that he hopes to raise his level as the tournament goes on.

“I enjoyed [the match] a lot,” Alcaraz said in his post-match press conference.

“I would say my level on grass has to improve a little bit.

“But I’m happy with my level today.”jw

Alcaraz will face Tallon Griekspoor in the second round as he bids to improve on his 2021 effort.

Despite carrying a fifth seeding, Alcaraz doesn’t feel under pressure to perform at Wimbledon, as he doesn’t feel like a favourite.

Alcaraz did his bit to win over the Wimbledon crowd with phenomenal shot-making despite struggling to cope with the attacking game of Struff.

Perhaps the best of those was a match-turning pass in the fourth-set tiebreaker that was well appreciated by the Centre Court crowd.

In 2021, Alcaraz was eliminated by now World No 1 Daniil Medvedev who misses Wimbledon due to a ban on Russian players.

Alcaraz felt the ban created a regrettable situation where the top-ranked player is absent from the biggest tournament of the year.

“It’s tough for a tournament to not allow the No. 1 play,” Alcaraz said. “Everyone want to see the No. 1 play in every tournament. It’s a pity to miss some of the best players in the world. That’s all I can say.”