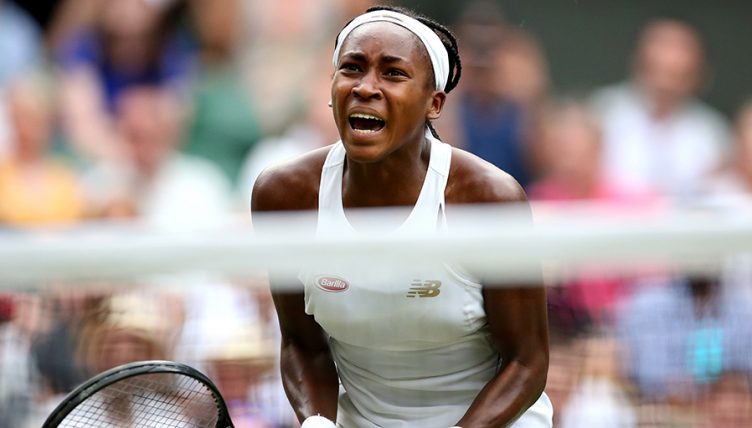 Coco Gauff’s Wimbledon fairytale is still alive after she battled back from match point to somehow find a way past Polona Hercog on Centre Court.

The 15-year-old has been the story of the Championships so far, starting with her amazing opening round win over Venus Williams.

She had to battle incredibly hard against Hercog, though, with the Slovenian having two match points in the second set.

It looked like it was going to be plain sailing for Hercog at one point, as Gauff served three successive double faults to hand her grateful opponent the first set.

She was also a break up in the second but couldn’t find a way to put Gauff away, who showed steel well beyond her modest years to hang on in the contest.

She was rewarded with a late break in the second, and then she took the tiebreak to level things up.

The final set was a tight affair as both players struggled with the sheer physicality of the near-three-hour match.