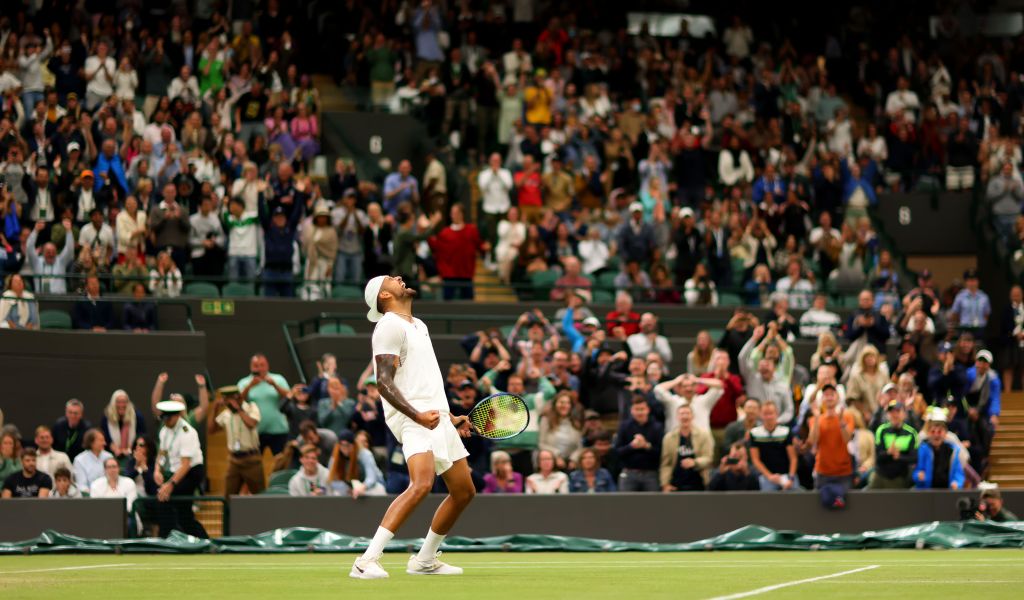 It was a night when darkness descended over the All England Club in Wimbledon, with Rafael Nadal and Nick Kyrgios in the eye of the storm.

These two old rivals have often eyes each other up in bitter battles across the net, but this time their tension was spread across two courts, with Nadal’s angst on Centre Court in his match against Italy’s Lorenzo Sonego a mere spat compared to the eruption that was occurring over on No.1 Court as Aussie Kyrgios and Greece’s Stefanos Tsitsipas engaged in one of the most bitter contests seen at Wimbledon in recent years.

We will get to Nadal’s gripe in a moment, as that was a mere sideshow in comparison to the volcano erupting on both sides of the next in the Kyrgios vs Tsitsipas pay-per-view event that ended under the roof amid a caldron of noise.

After an epic Wimbledon round clash on Court No.1 ended with a  6-7 (2) 6-4 6-3 7-6 (7) victory for Kyrgios, a match laced with tense exchanges between the two players was always likely to throw up some feisty post-match comments.

These two had history, with Tsitsipas clearly uncomfortable sharing a court with a player who he believes uses his brash attitude to unsettle him.

Yet this was a showdown that got out of control long before the final blow was delivered, with Kyrgios calling for Tsitsipas to be defaulted and thrown out of Wimbledon after he smashed a ball into the crowd in a moment of anger, on a night when the Greek star also tried to hit his opponent with the ball in a match that offered a compelling battle of mind games and plenty of sublime tennis.

To be sitting on No.1 Court to live through this experience was intense enough, before the press conferences after the match took this sporting war to a whole new level.

Tsitsipas branded Nick Kyrgios “evil” and “a bully” in front of a gasping press room at Wimbledon, with his comments leaving little to the imagination as he called on tennis to unite to stop the menace he clearly cannot bare to be around.

“I wish we could all come together and put a rule in place,” said the 23-year-old. “I don’t know. Something about talking. Why would you be talking while you’re playing? It makes no sense. You are out there to do your job. Tennis is the most important thing that we are doing out there.

“Every single point that I played today I feel like there was something going on on the other side of the net.

“I’m not trying to be distracted by that, because I know it might be intentional. And that’s his way of manipulating the opponent and making you feel distracted, in a way.

“I really hope all us players can come up with something and make this a cleaner version of our sport, have this kind of behaviour not accepted, not allowed, not tolerated, and move on better.”

Tsitsipas, who shared a frosty handshake with his controversial opponent at the end, added: “It’s constant bullying, that’s what he does. He bullies the opponents.

“He has some good traits in his character, as well. But he also has a very evil side to him, which if it’s exposed, it can really do a lot of harm and bad to the people around him.”

Tennis press conferences don’t normally evolve like this, with Kyrgois unrepentant as he made his media appearance moments later.

“I just don’t understand what I did. Like I did nothing towards him. I didn’t think I was aggressive towards him.

“I wasn’t hitting balls at his face. I don’t know. I didn’t feel like there was any anger.

“I had no anger towards Stef today on the match. I don’t know where it’s coming from, to be honest. If he’s affected by that today, then that’s what’s holding him back. I just think it’s soft.”

If this was a boxing match, we’d all be calling for the re-match and it made Nadal’s spat with Sonego on Centre Court seem almost polite. 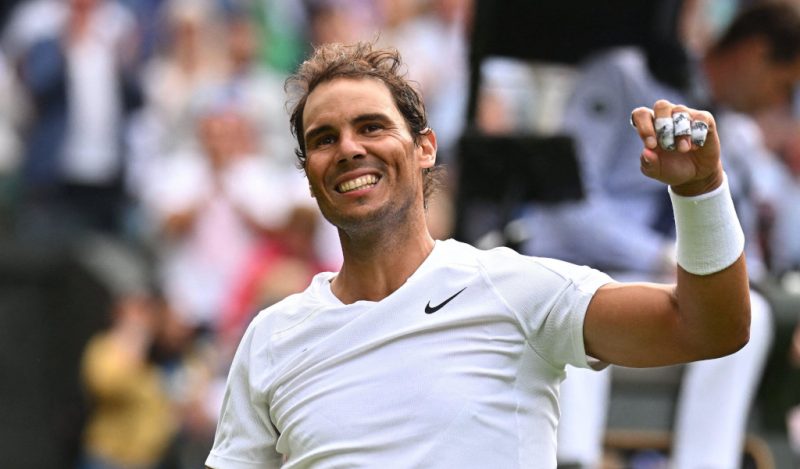 By contrast, Nadal, who won his match against Sonegao in straight sets, apologised to his opponent after the match as he appeared to get annoyed by the Italian’s loud screaming when he hit the ball, with the 22-time Grand Slam champion suggesting he sorted out his gripes in a polite exchange with Sonego in the locker room after the game.

Class and composure from Nadal was contrasted by anger and venom from Kyrgios and Tsitsipas on a night when tennis shed its tag as a gentleman’s sport and moved into a world that took it to a whole new audience.

With Netflix filming a new documentary that will give viewer the inside story on tennis and matches like this are what they wanted when they signed up for a series that will be similar to their successful Drive To Survive series on Formula 1.

After a Saturday night when tennis became something very different, many will be calling for more of the same for the rest of Wimbledon.