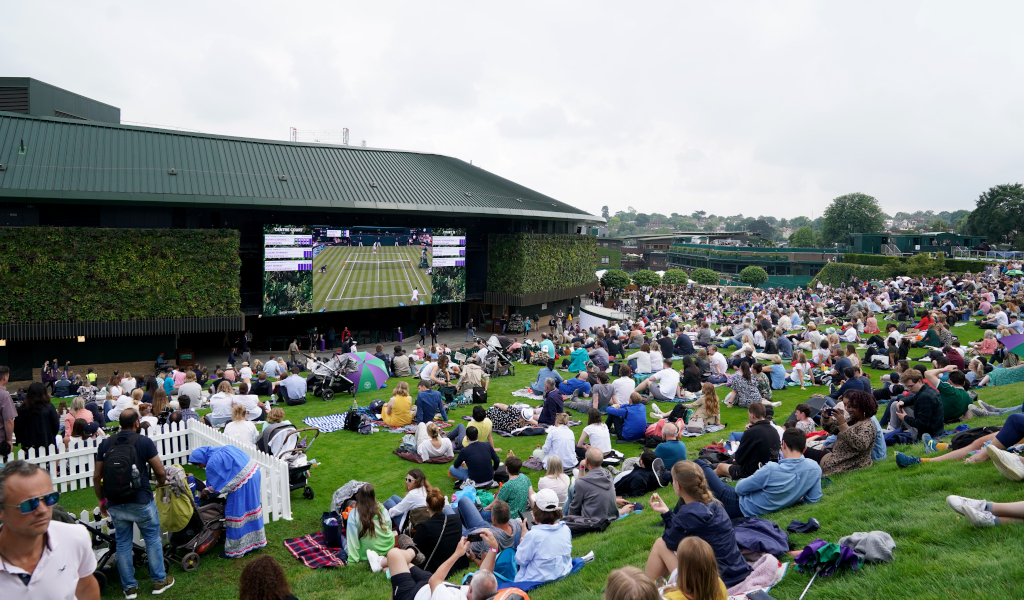 An uneasy excitement rose around the grounds of the All England Club as The Championships, Wimbledon, returned after a two-year hiatus.

The horrors that have taken place around the world between the two last editions Wimbledon have touched us all, but the opening day of the 2021 tournament was a moment all tennis lovers have been waiting for.

Not that the London weather wears ready to get in on this party. The dark and dreary skies enveloping Wimbledon did little to lift a gloom that had been hovering over Centre Court since Novak Djokovic won an iconic 2019 Wimbledon final in an epic fifth set tie-break against Roger Federer. 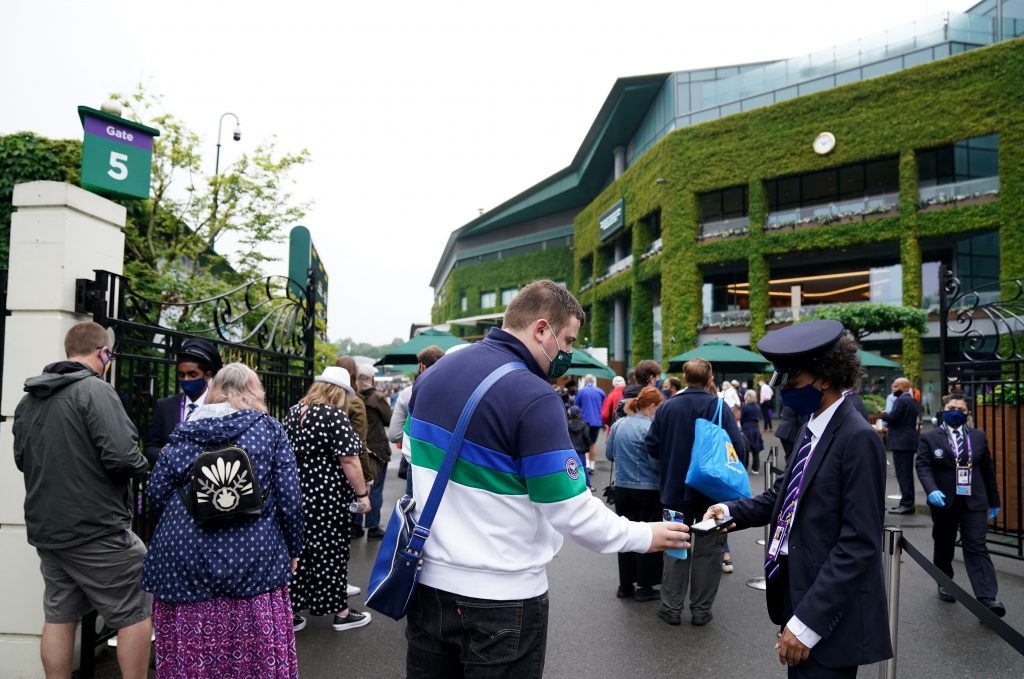 The walk down from Southfield station on the District line of the London Underground to the gates of the most famous tennis club in the world always sends a shiver down the spine, but this time it felt different.

There was no queue of hardy tennis lovers camping out for two days to get a golden ticket to see their heroes, as that was culled for one year due to Covid-19 restrictions.

There were fewer people heading to the ground due to the 50 per-cent capacity restriction put on crowds attending, but it was still Wimbledon and it was still a joy to have it back.

With umbrellas raised and the outside courts covered to protect them from the autumnal like weather, the first ball of the 2021 Championships was hit on Court No.1, where Aryna Sabalenka and Monica Niculescu got underway at 1pm before the main event on Centre Court half an hour later.

Press benches on the main show court have been removed to make space for additional public seating, with the top half of the seats in the most famous arena in tennis left empty due to the reduced 50 per-cent capacity permitted at the tournament by the UK government.

Before the players came on to court, an announcement was made to welcome those who had been offered the chance to sit in the Royal Box, with creators of the Covid-19 vaccine receiving a long and loud standing ovation from an emotional crowd.

All that before one of the world’s more prominent vaccine sceptics took to centre stage, with Djokovic walking onto court after his young British wildcard opponent Jack Draper.

The player boxes were notably sparse, as all competitors are in a sporting bubble that ensures they cannot invite the usual collection of family members to cheer them on, but Centre Court looked a picture as it prepared to add to its own glorious legacy.

An opening day on Centre Court with a difference…

A special moment as we say thank you to those who have played such an important role in the response to COVID-19#Wimbledon pic.twitter.com/16dW1kQ2nr

The first crack of a Djokovic serve signalled Wimbledon was back.

The first cheer from a Centre Court crowd ended the two-year wait for tennis to be played on the hallowed grass courts in south west London and with that, another piece of the ‘normality’ jigsaw was planted back into place.

Cases of the Delta variant of Covid-19 may be rising at an alarming rate in the UK and concern over what happens will not evaporate quickly, but for tennis fans, this was a day to raise a glass and crack a smile.

CATCH all the Euro 2020 action with our sister site Planetsport.com