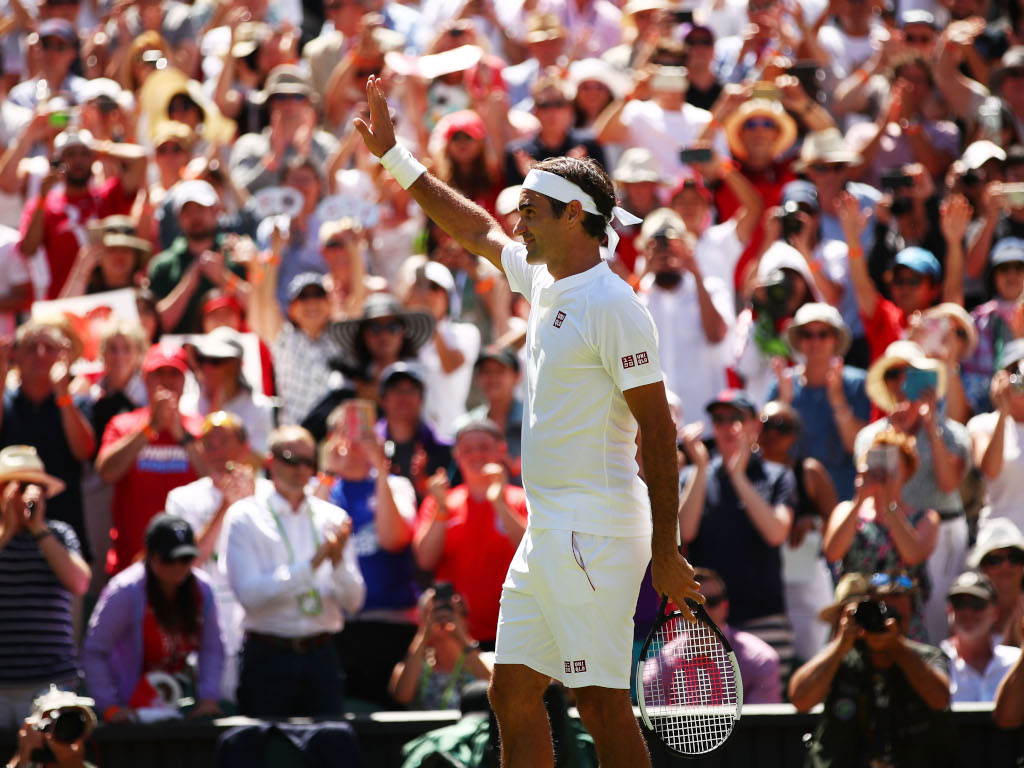 Roger Federer started his campaign for a ninth Wimbledon title with a routine win over Dusan Lajovic on day one.

The defending champion, who was wearing Uniqlo kit for the first time since switching from Nike, needed only one hour and 19 minutes and he dropped only eight games en route to a 6-1, 6-3, 6-4 victory over the Serb.

Defending #Wimbledon champion @RogerFederer cruises through to the second round with a 6-1, 6-3, 6-4 victory over Dusan Lajovic pic.twitter.com/DWpWBYowXf

The win took Federer’s unbeaten run at Wimbledon to 23 matches.

He will face either Lukas Lacko, who finished runner-up to Mischa Zverev at the Nature Valley International on Sunday, or qualifier Benjamin Bonzi in the second round.