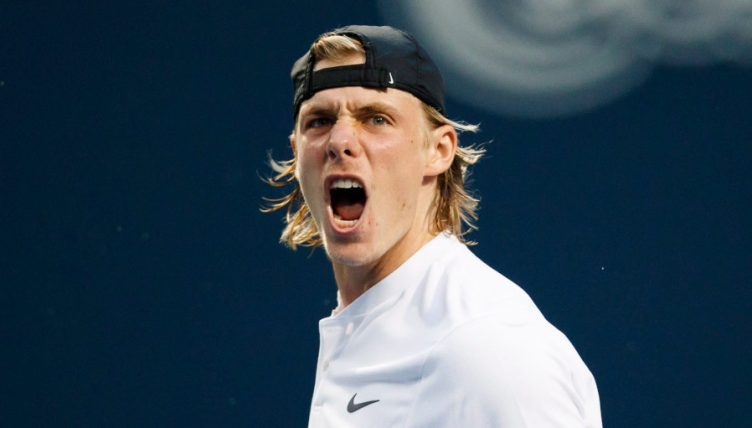 Denis Shapovalov admits the race to end the domination of the game’s ‘big four’ at Grand Slam events is a driving factor for all of the game’s young stars.

Speaking to Tennis365 after he beat world No 1 and defending Wimbledon champion Novak Djokovic at The Boodles tennis event at Stoke Park, world No 27 Shapovalov has emerged as one of the brightest stars of the game after reaching the semi-finals of three Masters 1000 events in the last couple of years.

Now he is targeting glory in Grand Slam events, as he suggested the battle to dethrone Roger Federer, Rafael Nadal and Djokovic is inspiring the next generation of icons in the sport.

Denis Shapovalov​ talks to @RealKevinPalmer about his win over Novak Djokovic, The Boodles exhibition event and the Next Gen. https://t.co/TflTBPXO8H

“It is a real motivating factor for all of us trying to make a breakthrough to try and get that first Grand Slam title on our record,” Shapovalov told us. “We are all super-blessed to be part of the ATP Tour at a time when the big stars of the game are still playing and all of the young guys want to be the one that makes the breakthrough and wins a Grand Slam for the first time.

“We are getting a chance to do what we love doing as a job and that is already amazing, but now we have a chance to take it to the next level and start winning the big events. I get up every day wanting to work harder than everyone else.

“We want to start having new rivalries. We’ve had Federer v Nadal and Murray v Djokovic, but it would be great for the sport to have new rivalries to enjoy.

“Often we hear people expressing concern about what will happen when the big four are gone, but I don’t think it will be a problem. We will have so much talent waiting to burst through and it is up to us to make it happen.

“At the moment, it is hard to know who will make the breakthrough to be at the top in the next few years. It’s all about who is more dedicated and who puts the most into it and I believe the rivalries in the future can be just as good as those we have all enjoyed over the last 15 years.”

Shapovalov is eager to make his mark at Wimbledon after claiming grass is his favourite surface, as he called for the game’s authorities to install a Masters series events on the surface.

“I would like to see a longer grass-court season,” added the 2016 junior Wimbledon champion. “We have three Masters events on clay and I would love to see one on grass at some point. This is a great surface and I’d love to spend a little longer each year playing on it.

“I love playing at Wimbledon, it is an amazing venue. I remember from the first time I walked in there playing qualifying and just to see that place is amazing. It feels like a different tournament, the top of the top in our game.

“I’m really looking forward to playing there this year and I feel like grass could be a really effective surface for me. I love playing on grass and I think it really suits my game, being a leftie and going for my shots.”

Shapovalov has been playing at The Boodles tennis event at Stoke Park – https://www.theboodles.com