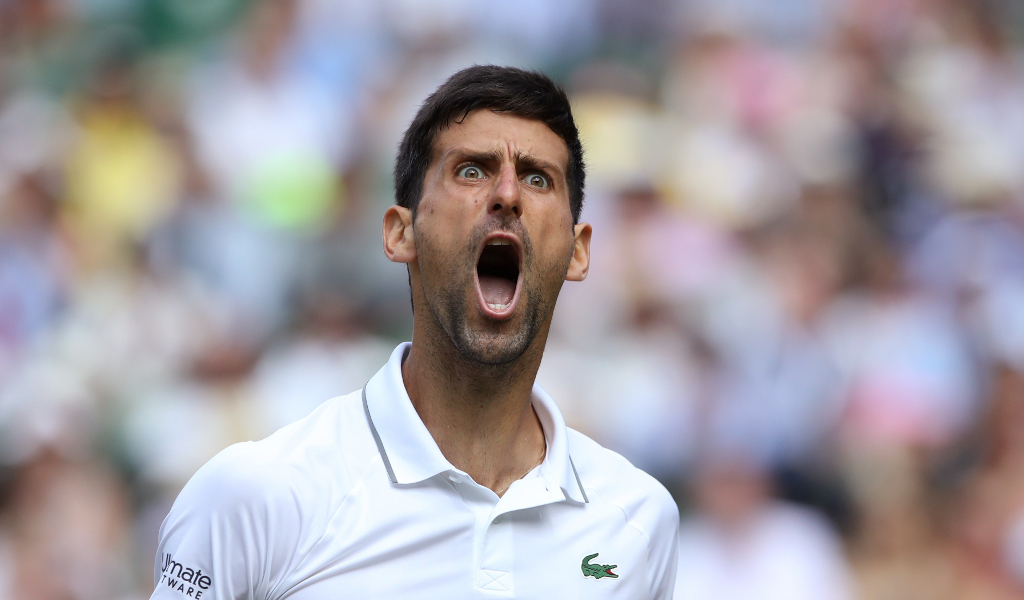 It took a little longer than the three-set victory most predicted, but Novak Djokovic still comfortably saw off Roberto Bautista Agut to stay in the hunt for back-to-back Wimbledon titles.

Defending champion Djokovic dropped the second set against the Spaniard, but was soon back in the driving seat again and raced away to a 6-1, 4-6, 6-3, 6-2 win in two hours and 48 minutes on Centre Court.

Back to defend his crown…

With first-time Grand Slam semi-finalist Bautista Agut struggling to find his rhythm early on, the 15-time major winner took just 37 minutes to win the opening set on the back of two breaks.

But the underdog hit back firmly in the second set courtesy a single break in game three and he also more than kept Djokovic honest early in the third set.

Once the break came, though, there was no letting up from the Serb and, despite the brave efforts from Bautista Agut, he raced towards his 25th Grand Slam final.

“This has been the dream tournament when I was a child so to be in another final is a dream come true,” the world No 1 said.

He added: “I had to dig deep. He played really well. In the first few games of the third set the match could have gone a different way, but I am glad it went my way.”

Up next for the defending champion, who is looking to win a fifth title at the All England Club, is either Roger Federer or Rafael Nadal with the pair to meet for a 40th time on the ATP Tour.

“Of course I will watch it! I’m a fan of that match-up as well. Federer vs Nadal is one of the most epic rivalries of all time so it is fantastic to see them play today,” Djokovic added.