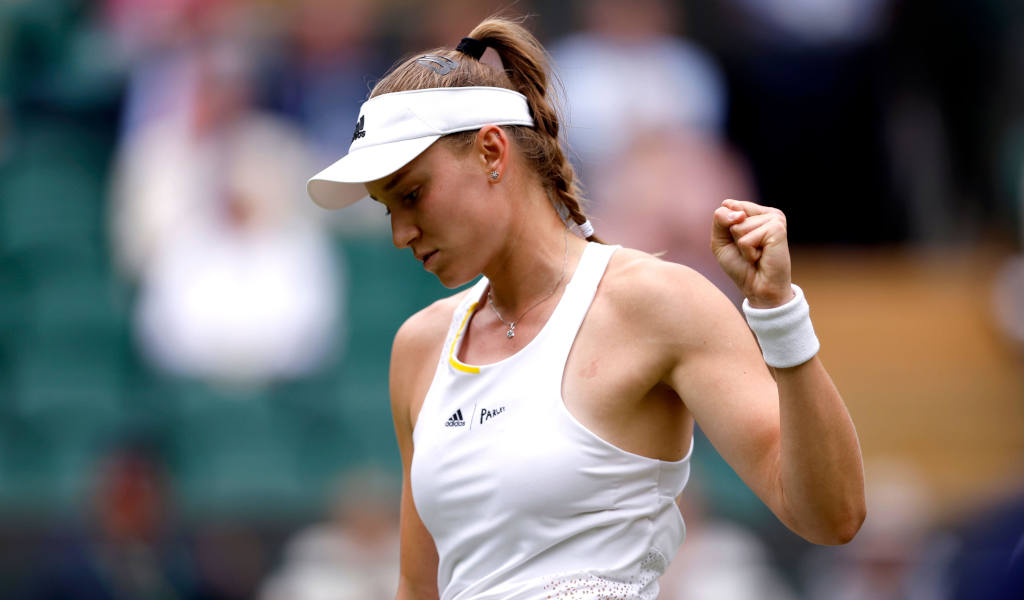 Kazakhstan’s No 1 Elena Rybakina fought back from a set down to beat Ajla Tomljanovic in the Wimbledon quarter-finals.

Rybakina, produced a fine display to make the semi-finals of a grand slam for the first time on Wednesday.

More experienced opponent Tomljanovic took the opener before the world number 23 found her form to win 4-6 6-2 6-3 and set up a last-four meeting with Simona Halep.

Rybakina books her place in the semi-final with a 4-6, 6-2, 6-3 win over Ajla Tomljanovic#Wimbledon pic.twitter.com/OZTdZPlYNx

This last-eight clash featured two players who had switched nationality with Tomljanovic playing under Australia for the last four years having been born in Croatia.

A lengthy third game on Court One saw Tomljanovic claim the early break and she remained solid on her own serve to move one set up.

When Rybakina double-faulted at the beginning of the second set it looked like the occasion may get the better of her, but a backhand winner brought more belief and suddenly her shots started hitting the white chalk.

Breaks were exchanged between the duo but with aces now a regular occurrence from Rybakina, it felt a matter of time before she forced a decider.

A wonderful drop shot clinched another break and a third ensured Court One were treated to another set.

Rybakina had the momentum now and a hot streak of nine games won out of a possible 10 put her within touching distance of the last four.

Tomljanovic was able to briefly prevent what now seemed a formality before Rybakina’s 14th ace of the contest brought it to a finish after one hour and 15 minutes of action.

The 23-year-old, the first player representing Kazakhstan to make the last four at Wimbledon, said: “It is amazing.

“I am really happy I got through to the semi-final. It was a really tough match but I heard all the support. I know there is some juniors here supporting me so thank you so much.

“Hopefully it will be the same (against Halep), a good match and I will try play my best.”