Elena Rybakina enjoying her Wimbledon fairytale thanks to her parents’ sacrifices 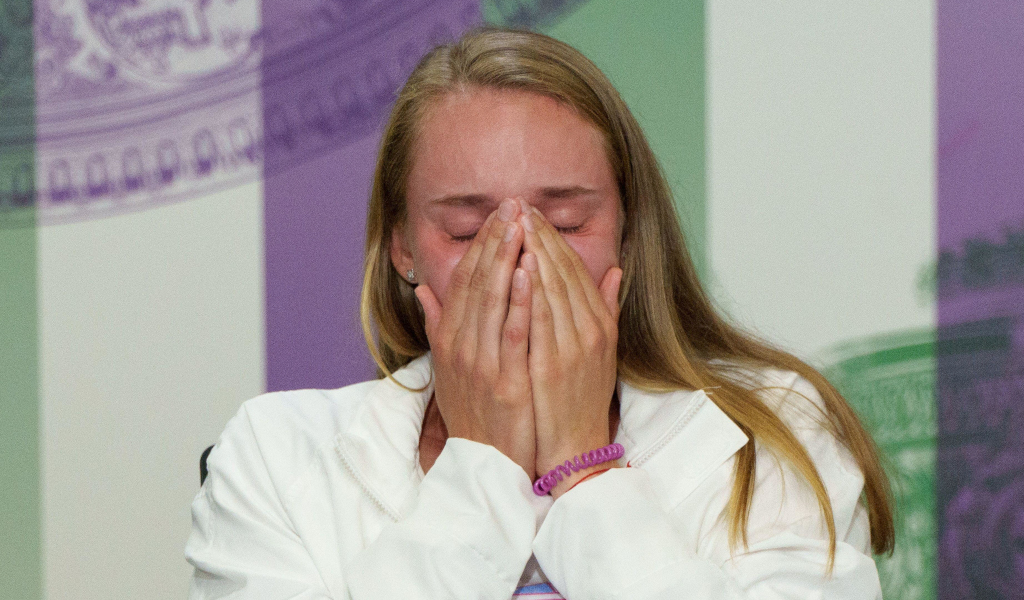 Elena Rybakina didn’t show too much emotion after winning Wimbledon, but once she started talking about her parents’ sacrifices during her post-match press conference she got teary.

The 23-year-old started Wimbledon as rank outsider as her form had been underwhelming in the lead-up to the grass-court Grand Slam, but she beat the likes of major champions Bianca Andreescu and Simona Halep en route to reaching her maiden slam final.

In Saturday’s showpiece match on Centre Court, she upset favourite Ons Jabeur as she came from a set down to win 3-6, 6-2, 6-2.

The Kazakh player teared up when she spoke about her parents and everything they did to help her become a professional player.

Rybakina had offers to play collegiate tennis in the US, but convinced her parents to allow her to go the pro route and when asked by WTA Insider if she felt a sense of vindication, she replied: “Yes, of course. That’s why I probably got emotional in the press conference. It’s just difficult to keep everything inside. Better that I throw a racket on the court rather than cry on the press conference.

“But yes, of course, my parents, they sacrificed a lot of their time and everything. Even though they didn’t know that I’m going to be a professional tennis player, they always believed in me, supported, just because they saw how much fun and how I’m enjoying my practices after school.

“It’s just amazing that in the end, like everybody says, it’s kind of a fairytale, you know?”

Rybakina revealed after her win over Jabeur that she didn’t expect to reach the second week of Wimbledon, let alone win the title.

Yet she ended up being the last woman standing.

“I was just so relaxed from this tournament. I think this is something that helped me to get through the second week. After the last few days, I was just starting to be nervous because I was thinking that, yes, it’s already closer to the final and today I was playing for the title, so of course I was more nervous.

“But in the beginning I was just so relaxed and really enjoyed my time here. Also being with my sister, I didn’t see her for many months. So yeah, the first week it was just a joy.”

Born in Moscow, Rybakina has had to deal with a lot of questions about her nationality, but she insisted that she now considers herself a Kazakhstan citizens and Bulat Utemuratov, the president of the Kazakhstan Tennis Federation, is confident the sport will grow on the back of her success.

“I am delighted for Elena and offer my congratulations on this monumental achievement,” he said.

“It was amazing to be at Centre Court for the final and the emotions were just overwhelming. I knew she could do it – she’s an incredible player who has been constantly improving and performing at the highest level.

“Elena’s victory is testament to the years of hard work from her and her team, and support from her parents and the Kazakhstan Tennis Federation. We have some very promising young tennis players in Kazakhstan and I’m incredibly excited about both Elena’s future and the sport in our country.”