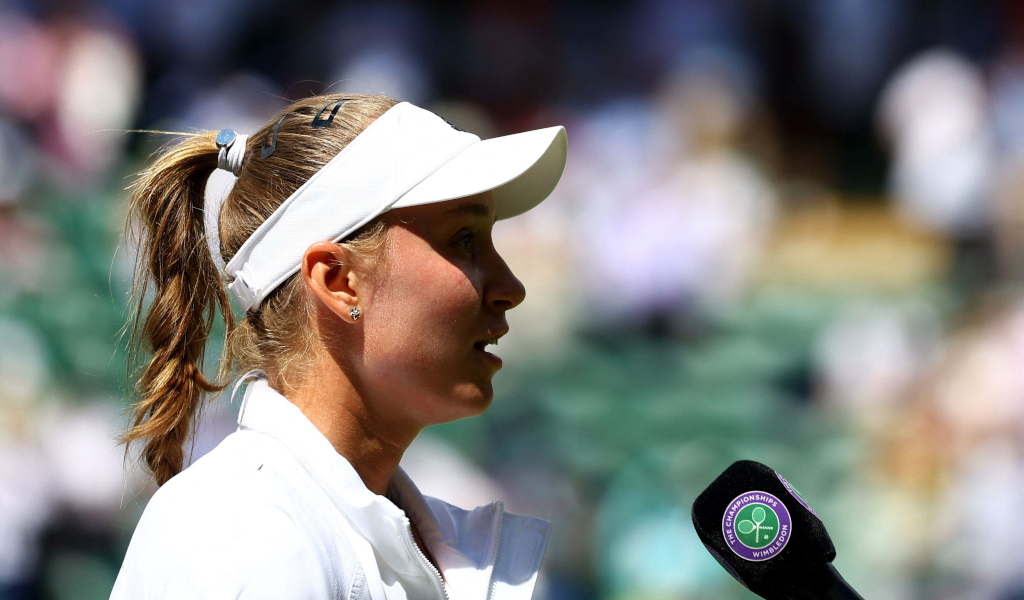 Moscow-born Elena Rybakina is one match away from winning the Wimbledon title at a tournament where Russians are banned.

The 23-year-old dodged the All England Club’s ban, imposed in the wake of the invasion of Ukraine, having switched to represent Kazakhstan four years ago.

And after Rybakina beat former champion Simona Halep 6-3, 6-3 in the semi-final, Wimbledon faces the very real prospect of a Russian-born winner.

Rybakina roars onto the biggest stage

Asked if she still “feels Russian”, Rybakina – who will play third seed Ons Jabeur on Saturday – said: “What does it mean for you to feel? I mean, I’m playing tennis, so for me, I’m enjoying my time here.

“I feel for the players who couldn’t come here, but I’m just enjoying playing here on the biggest stage, enjoying my time and trying to do my best.

“They believed in me. There is no more question about how I feel. It’s just already a long time, my journey as a Kazakh player.

“I was born in Russia, yes, but I’m representing Kazakhstan. I don’t know why we have to come back to this.

“Today for my match, for example, the president of our federation came to support me. It’s really a big thing. It’s unbelievable support which I just appreciate.”

Rybakina made the decision to switch allegiances in order to receive more funding, a move that has paid dividends for both parties as the world No 23 became the first Kazakh player to reach a Grand Slam final.

But her Wimbledon run is still being covered by TV network Russia Today, with the headline on its website reading “Russian-born star storms into Wimbledon final”.

Rybakina’s historic charge to the final is also big news in her adopted homeland.

“I think it’s very important because tennis is becoming even more popular in Kazakhstan,” she added.

“We have so many tournaments there. I think it’s amazing that now on TV, on the news you can see that I’m playing the final, and it’s for the first time.

“My biggest support is the president of the federation and also other people called through him, congratulate me with this result. I think everybody will watch and support me in the final.”