Elena Rybakina on being Wimbledon champion: ‘I don’t have the words to say how happy I am’ 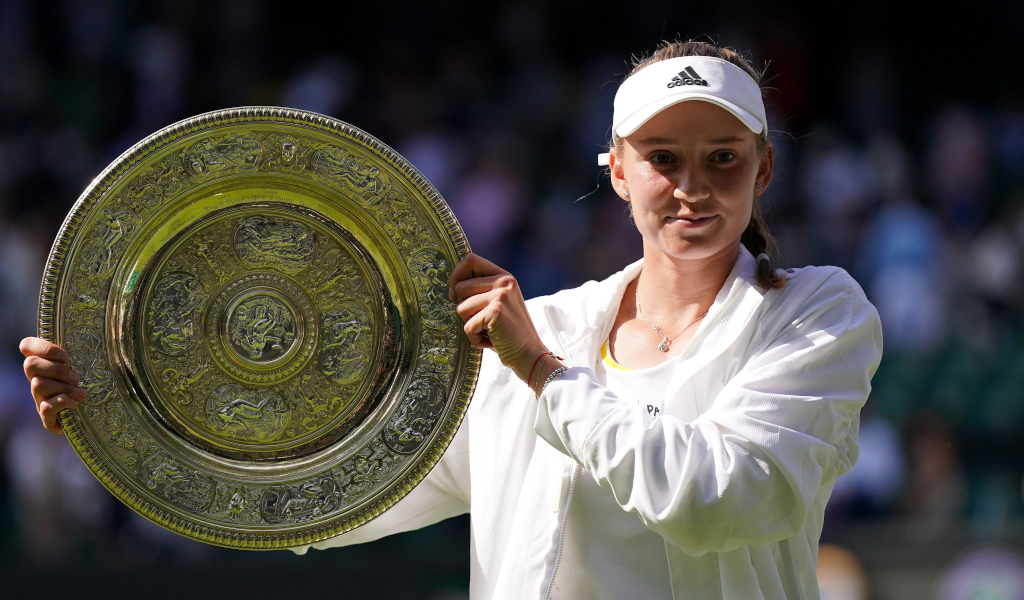 Elena Rybakina was left speechless after she “unexpectedly” won the Wimbledon title, producing a stunning comeback to beat Ons Jabeur in the final on Centre Court.

The Kazakh player was tipped for big things after she made an excellent start to the 2020 season, but after the Covid-19 disruptions she went off the boil and has struggled in recent years.

Ranked 15th for the main draw at the All England Tennis Club after failing to put together a decent run of form ahead of the grass-court Grand Slam, Rybakina admitted before the final that she did not expect to reach the second week, let alone play for the title on Championship Saturday.

But she went all the way at SW19, beating the likes of Grand Slam champions Simona Halep and Bianca Andreescu en route to her maiden Grand Slam final before seeing off Jabeur 3-6, 6-2, 6-2.

Believe it, Elena – you're a Wimbledon champion 🏆#Wimbledon | #CentreCourt100 pic.twitter.com/2p4wPqwxLr

“I was super nervous before the match, during the match and I’m happy it’s finished to be honest. Really I have never felt something like this. I want to thank the crowd for the support, it was unbelievable these two weeks,” the Russian-born Rybakina said during her on-court interview.

“But also I want to congratulate Ons for a great match and everything you have achieved. I think you are an inspiration for everybody. You have an amazing game. We don’t have someone like this on tour and it is a joy to play against you. I ran so much, I don’t think I need to do fitness anymore.

“Thank you so much. It is just an unbelievable atmosphere. Thank you.

“It’s true I did not expect to be in the second week of a Grand Slam at Wimbledon. To be a winner is just amazing. I don’t have the words to say how happy I am.

“But I wouldn’t be here without my team of course, so I want to say a big thanks to them. I want to say thanks to my coach, my sponsors, everyone. The most important is my parents of course, they are not here so I am very sorry. My sister is here and it is just the third time she comes to watch so I’m happy she is here. Without my parents I wouldn’t be here for sure. Thank you so much everyone.”