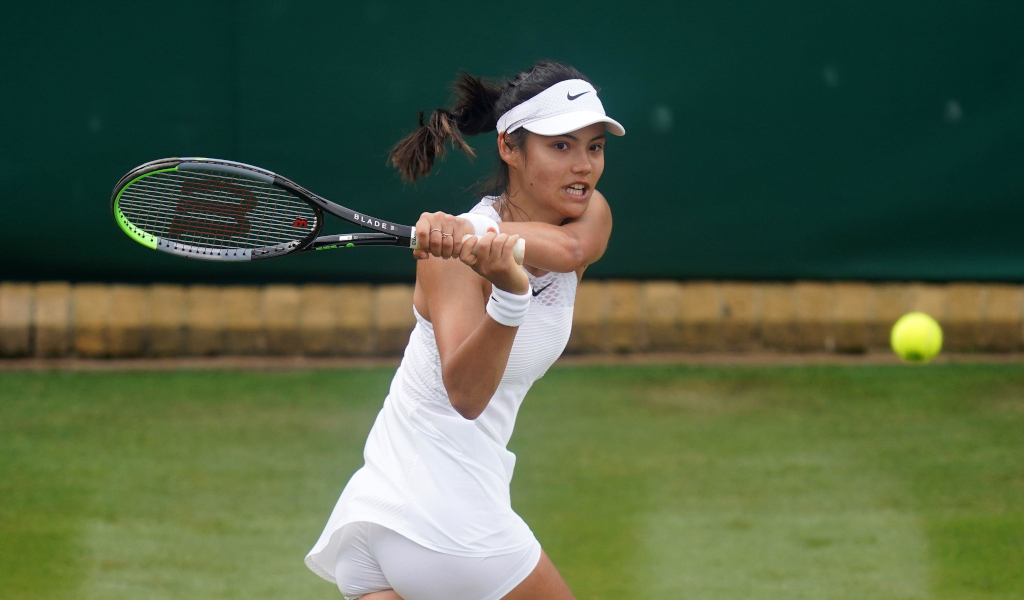 Emma Raducanu made light of concerns over her fitness and form as she produced an impressive display to see off Alison Van Uytvanck on her Centre Court debut at Wimbledon.

The US Open champion played only a handful of minutes on grass this season before Tuesday’s clash as she retired with a side strain from her Nottingham Open clash at the beginning of June.

After missing the Birmingham and Eastbourne events, there were doubts that she would be fit for Wimbledon.

However, there were no signs of discomfort during her encounter against Van Uytvanck – who upset defending champion Garbine Muguruza in 2018 – as she held off the Belgian 6-4, 6-4 in one hour and 41 minutes.

Both players had chances to break early on as Raducanu failed to convert two break points in the opening game of the match and Van Uytvanck replied with three missed opportunities in game two.

It was the 10th seed that got her nose front in game seven with a break but it didn’t last long as the Belgian hit back immediately only for Raducanu to break again and then serve it out – but not before saving two break points.

Van Uytvanck looked like she would take it to a decider as she opened a 3-1 lead with a break in game four, but the British No 1 was back level on serve immediately as she broke to love.

The deciding break in game nine before Raducanu served it out.

“It’s an incredibly special feeling to be coming back here at Wimbledon. I felt the support the minute I walked out of those doors. I want to say thank you to everyone who’s been here supporting,” she said during the on-court interview.

“I know Alison is an extremely tricky opponent…she hits the ball really hard, it’s tough. I’m extremely pleased to have come through that match.”

“To come and play here is extremely special, just to walk on these courts and these grounds, it is amazing. I am happy to stay another day.”