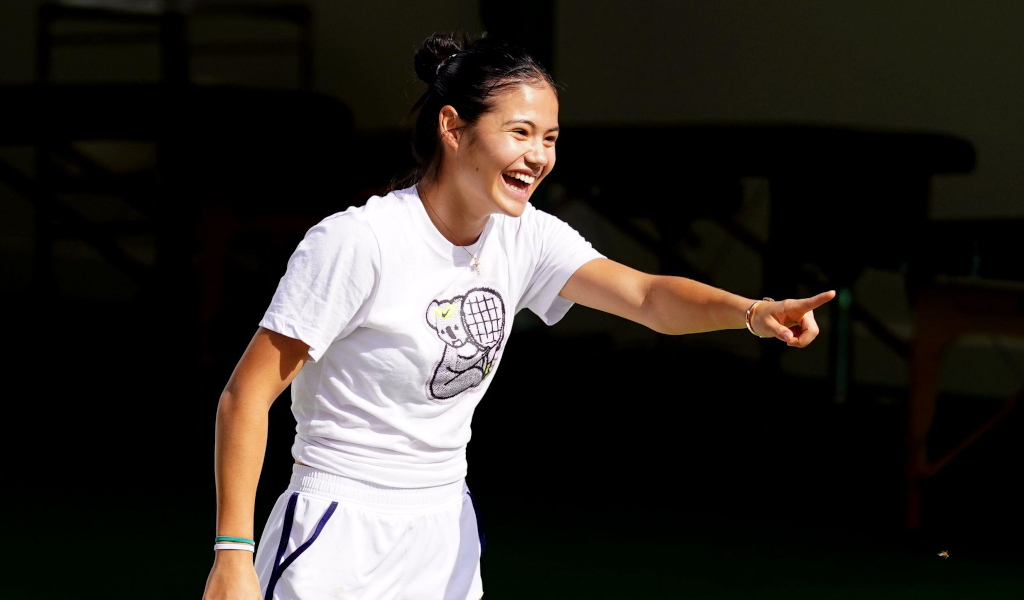 Emma Raducanu declared herself fit and and ready to go as she prepares to make her Centre Court debut at Wimbledon on Monday.

The US Open champion has been in a race against time to be fit for the Championships since sustaining a side strain in Nottingham nearly three weeks ago.

Raducanu stopped short of saying she is pain-free, but said: “I think that this week was a good build-up. Definitely there were moments earlier on in the week we weren’t really sure. We were sort of going to see how the week goes. But it went pretty well.

Raducanu sparked alarm by pulling out of a scheduled second practice session on Friday against Garbine Muguruza on Court One but she played down the significance, saying: “We just had to react to the situation.

“I already practised in the morning. So we all collectively thought it was the best decision to pass on the afternoon session.”

Raducanu’s return to Wimbledon caps a whirlwind first year on tour in which she has gone from a largely unknown wild card fresh out of school to a global star and face of the tournament.

Her clash with dangerous Belgian Alison Van Uytvanck on Monday will be her first experience of playing on Centre Court, with the attention and expectation enormous.

Raducanu is determined to embrace everything that comes with her change in circumstance while channelling the same youthful exuberance that carried her to the fourth round here last year and then the silverware in New York.

“This year I get such a special feeling walking around the grounds,” she said. “I definitely feel that people are behind me. Even from some of the people working on the tournament, they’re like, ‘You got this’. Just cheering me on. That’s pretty special in itself.

“One of the perks is I don’t need to cross the road at Aorangi to practise now on Court 28 or something. That’s definitely a perk.

“I feel like last year I came straight out of my exams, I was fresh, ready to play. I feel the same excitement this year, because I think Wimbledon just brings that out of me especially.

“But I’m definitely looking forward to it. Just going to play like a kid who just loves playing tennis. It’s always my dream to step out on Centre Court. It’s something I’ve always wanted to do and started playing tennis for.

“I take whatever feeling as positive. I think people are going to be behind me and cheering me on. There’s nothing sort of negative about that. They want you to do well. I’m looking forward to going out there and experiencing that and feeling that.”

Raducanu’s ups and downs since that remarkable night in New York have been well documented, with intense scrutiny of her results, physical travails and coaching choices.

Like with Andrew Richardson in New York, the teenager has turned to a well-trusted coach from her junior days – Jane O’Donoghue – to guide her through Wimbledon.

She is determined to keep things in perspective irrespective of the maelstrom around her, saying: “I think that I as a tennis player have actually grown and developed and have skills that I maybe didn’t have last year. 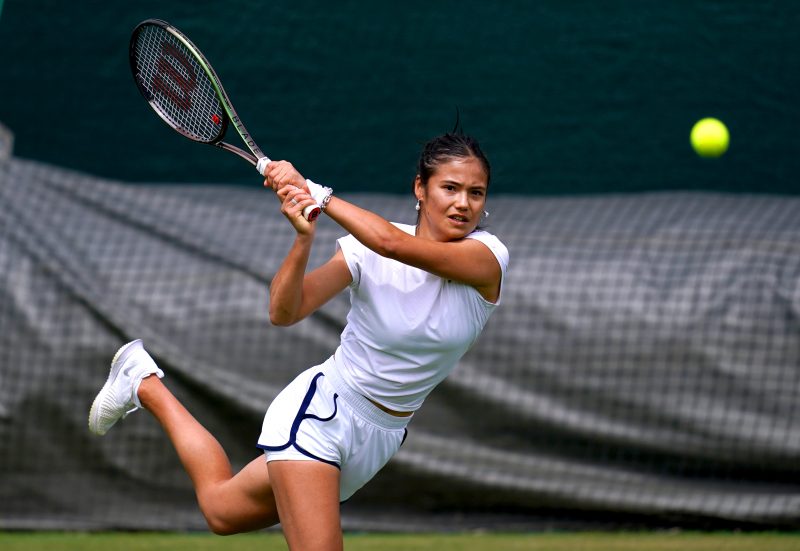 “But everyone knows me now. Everyone knows the sort of things I was doing last year. Everyone wants to beat me. I sort of take that as a compliment if players are raising their game against me.

“I think that that is definitely going to help me as a tennis player longer term because, if players are raising their game against me, I have to raise my level, too. So I think there’s nothing negative about that.

“Over time I will be a better tennis player. I’m 19 years old. If I hadn’t won the US Open, I think the past year or the way that I’ve been heading, it wouldn’t be necessarily a bad thing.

“I think I still have hopefully 15 years or something more in my career to go. I’m just at the beginning of it. So I’m looking forward for this long-term journey.”

Asked what she has learned most about herself from the last 12 months, Raducanu added: “I’d say I’ve learned that I’m resilient. I always knew that, but just to keep getting back up.

“I said, fall down 10 times, get up 11. What are you going to do about it? All you can do is keep moving forward. There’s no point looking back, getting down, because you just keep getting back up.

“I’m not playing for anyone, just to go out there and play for myself. The tests that I’ve gone through I think is going to help me as a person and a player long term.

“To experience it so young, I feel like I’m lucky that I get this lesson at such an early age, so I have a lot of time to get better at it, and everything.”