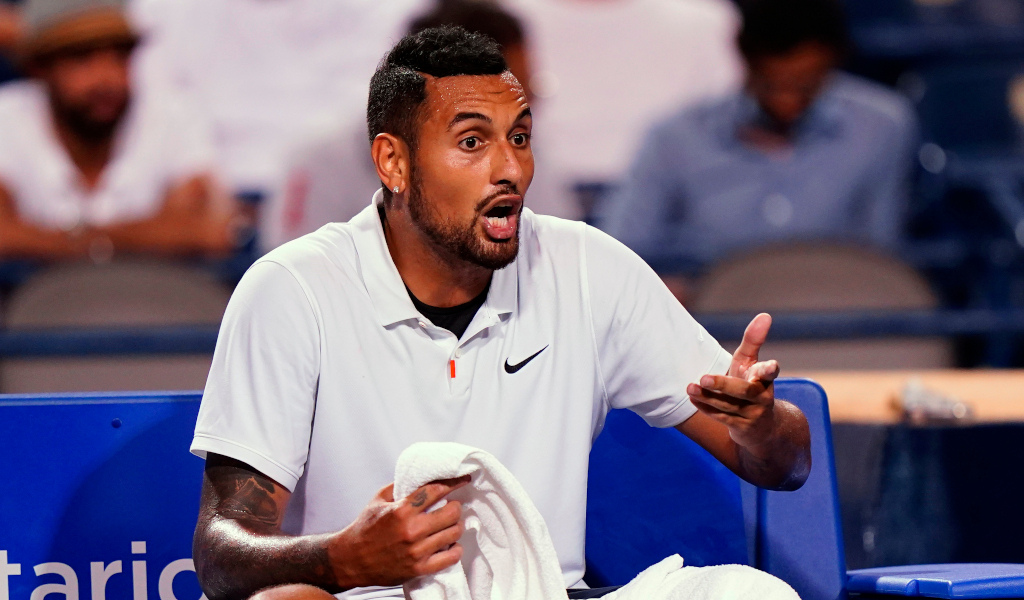 Australia’s Nick Kyrgios believes that the stripping of ranking points from Wimbledon will have very little impact on player participation.

Kyrgios said that Wimbledon is synonymous with tennis and is known beyond the game even among those who don’t follow the game.

He believes that Wimbledon is the event that every player dreams of winning.

The forthright Aussie said that we don’t appreciate generational athletic talents as much as we should.

Kyrgios says that the participation of Serena Williams in Wimbledon will be a draw that will offset any lack of rankings points, as it will that Rafael Nadal and Novak Djokovic will both take their places in the field.

“It’s great,” Kyrgios said from Halle, where he downed Stefanos Tsitsipas for a place in the last eight.

“As long as they want to keep playing we just need to keep taking it in and enjoying that because the time is nearly up for all these players.

“It is amazing to see her playing again and playing the biggest tournament in the world.

Kyrgios ad-libbed on the question to offer his views on whether rankings points will influence players wanting to enter and win Wimbledon.

“I will add that I think this is a great example that every player should try to play Wimbledon, rather than not play for the points.

“Obviously, she is not worried about ranking, I understand,” added Kyrgios of the 23-time Grand Slam singles champion.

“But everyone should be playing Wimbledon if they can,” Kyrgios rounded off.

The ban on Russian and Belorussian players rules two of the top ten men out of contention for Wimbledon in Andrey Rublev and World No 1 Daniil Medvedev.

While Alexander Zverev will miss Wimbledon after undergoing surgery on a serious ankle injury but otherwise all the top men’s players active on the ATP Tour are expected to come out to SW19.