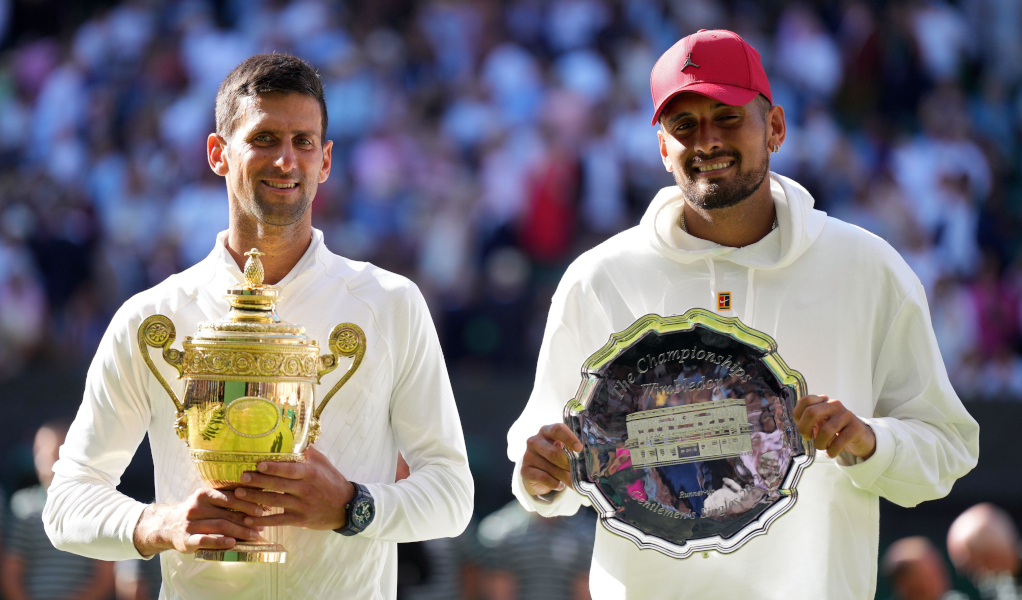 Nick Kyrgios is set for a “well-earned vacation” following his run to the Wimbledon final while he had nothing but kind words for winner Novak Djokovic after their match.

Playing in his maiden Grand Slam final, Kyrgios was quick out of the blocks on Centre Court as he took the opening set against his more esteemed opponent.

Kyrgios joked during the on-court interviews that he found it tough to get past “god” Djokovic, who was playing in his 32nd major final.

“He is a bit of a god, I’m not going to lie,” the Australian said

“I thought I played well, but first of all, congratulations to Novak and your team. I don’t know how many times now.

“Obviously, thanks to all the ball kids, umpires – I know you and I have a tough relationship, but I thought I’d thank you for putting up with it, and the crowd, it’s been an amazing couple of weeks for me personally.”

"It's been an amazing couple of weeks for me"@NickKyrgios has had an unforgettable run at The Championships 2022#Wimbledon | #CentreCourt100 pic.twitter.com/NSZybuzMIX

Kyrgios’ run to the final surprised many as he had never made it past the quarter-final stage of a Grand Slam, but after a successful grass-court season that saw him reach one final and two semi-finals, the 27-year-old feels it is time for a break.

When asked if his first Grand Slam final had made him hungry for me, he replied: “Absolutely not, I’m so tired, honestly.

“Myself and my team, I think we are all exhausted. We have played so much tennis. I definitely need a well-earned vacation after this one.

“I’m just really happy with this result, it’s the best in my career – so hopefully I can be here again, but I don’t know about that.”