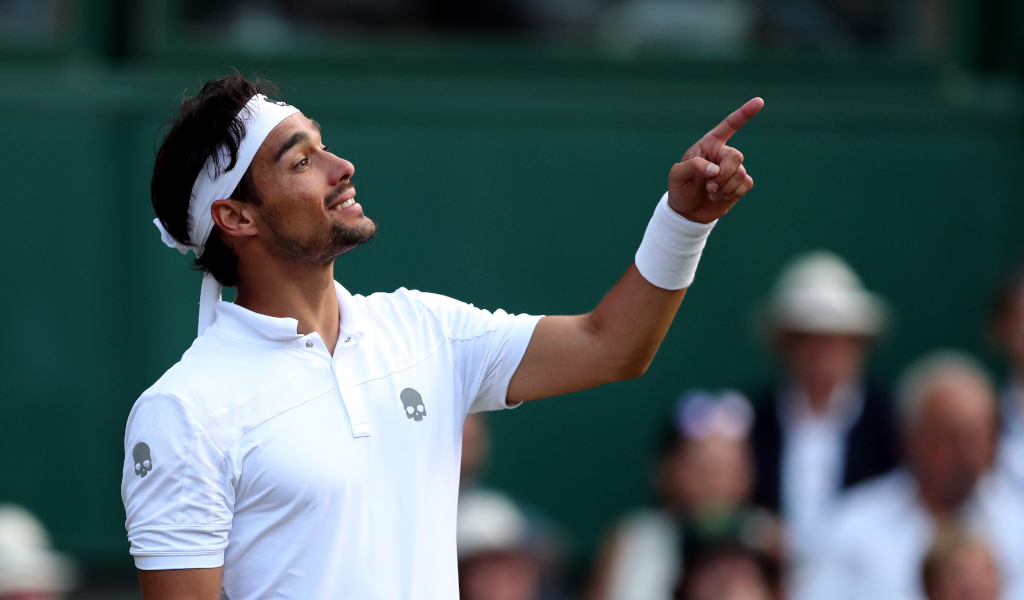 World No 10 Fabio Fognini has issued a half-hearted apology for his outburst during his third-round defeat to Tennys Sandgren at Wimbledon.

The Italian exited the tournament with a 6-3 7-6 (14-12), 6-3 loss at the hands of Sandgren, but it was his comments during the match on Court 14 that grabbed all the headlines.

“Damn English. I wish a bomb would explode on this club. A bomb should explode here,” he was heard saying.

Fabio Fognini, down two sets to Sandgren, is NOT happy that #Wimbledon put him on Court 14.

“A bomb should explode here.” pic.twitter.com/EBnLwGHOPP

Fognini is no stranger to controversial remarks as he was kicked out of the US Open two years ago for calling a female umpire a “whore and a c***sucker”.

After the match he offered an apology for his latest outburst, which could still earn him a fine or ban.

“The court was not really good. Most of the time when you’re on court, you’re frustrated,” he said.

“For sure I was not happy about my performance today because I was knowing I have a lot to win in this case, because I think I have a good chance to win.

“Something happened on court. If somebody feels offended, I say sorry. No problem.”