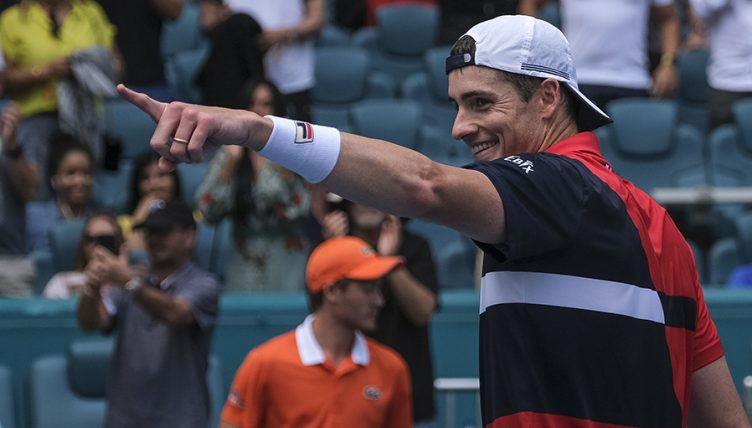 Big-serving American John Isner has warned that he is fit again and ready to be ‘very dangerous’ at Wimbledon this year.

Isner has endured a frustrating year on the injury front after he suffered a broken foot at the Miami Open.

He attempted a comeback at the Madrid Open in May, but broke down, ruling him out of the French Open later in the month.

However, he has declared himself fit to return at Wimbledon, a place where he has a storied history, and he believes he can find a big performance upon his return.

“The expectations are low,” Isner explained to atptour,com.

“Most importantly, it’s about getting out of this tournament healthy because that will give me confidence going forward.

“I am fully fit, my foot is fully healed. You really never know, but of course you have to get out there eventually and I do believe that I’m healthy now, so I think first and foremost it’s that.

“I don’t really know what would be a successful tournament or not. I do know that if I could get some momentum and get comfortable, I can be very, very dangerous.

“It could just be one match. It could be I lose in the first round and I’m healthy and I’m happy with that as well, so I’ll take whatever comes.”

Isner reached the semi-finals last year, where he lost in a mammoth final-set to Kevin Anderson.

He at least, won’t suffer similar disappointment this time around, with deciding-set tiebreaks introduced for the first time.