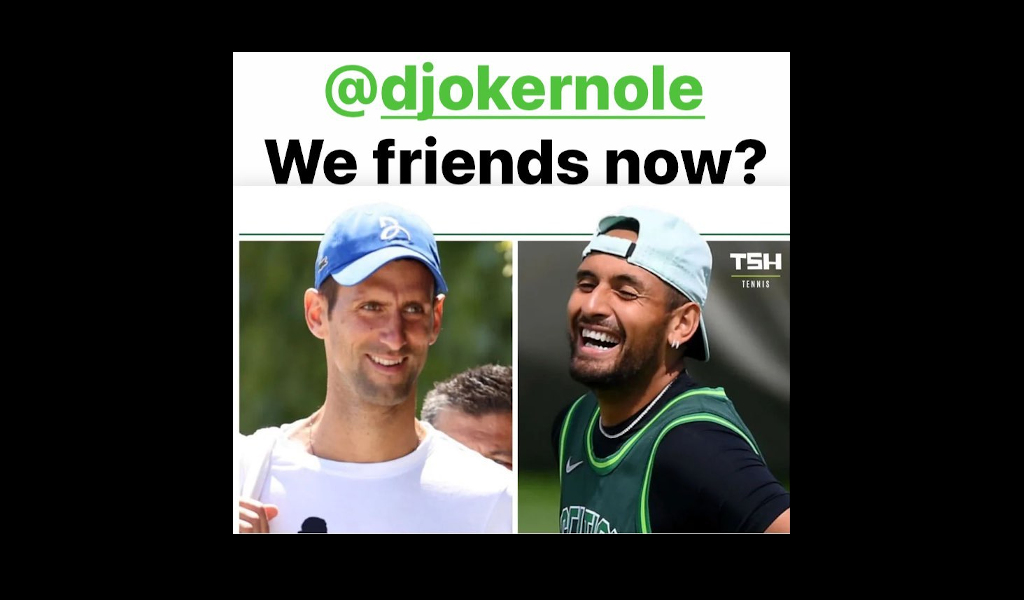 The “bromance” between Nick Kyrgios and Novak Djokovic continues to blossom as the “friends” have made a “deal” to go party after the Wimbledon final with Sunday’s match winner footing the bill.

The duo will play in the Championship match on Centre Court on Sunday with Djokovic looking to win a seven title at SW19 and a 21st Grand Slam while Kyrgios is playing in his maiden major final.

They have been pretty complimentary of each other in the build-up to the showpiece match, which is in stark contrast to their frosty relationship in years gone by.

#Djokovic and #Kyrgios at Aorangi.

Novak: It took you five years to say something nice about me, haha.

Nick: But I defended you when it mattered!

Novak: You did, I appreciate that. #Wimbledon pic.twitter.com/om8XQn1A4B

Journalist Saša Ozmo tweeted: “Novak: ‘It took you five years to say something nice about me, haha’. Nick: ‘But I defended you when it mattered!’ Novak: You did, I appreciate that.'”

And Kyrgios hit back on Instagram Stories by asking “we friends now?” to which Djokovic replied: “If you are inviting me for a drink or dinner, I accept. P.S. Winner of tomorrow pays.” 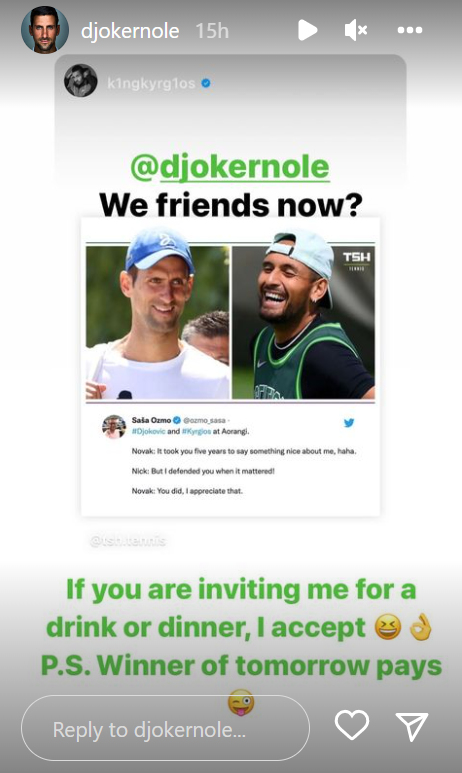 And it was a deal as Kyrgios answered: “Deal, let’s go to a nightclub and go nuts.” 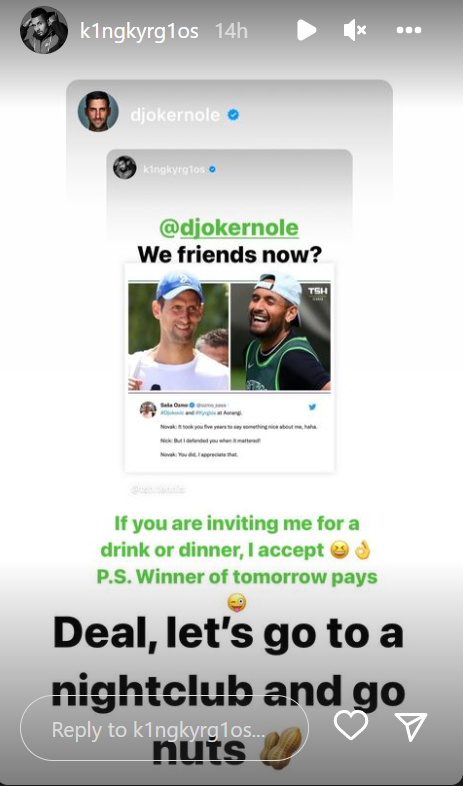 The pair didn’t always see eye to eye as Kyrgios said of the Serbian that “I just can’t stand him” as “he’s got a sick obsession with wanting to be liked”.

Djokovic, on the other hand, didn’t get involved in a war of words.

However, things have changed since the start of the year after Kyrgios backed Djokovic after he was detained and later deported from Australia over his unvaccinated status.

The Australian revealed ahead of the Wimbledon final that they have been “sliding into each other’s DMs” and up next is a dinner/nightclub date.