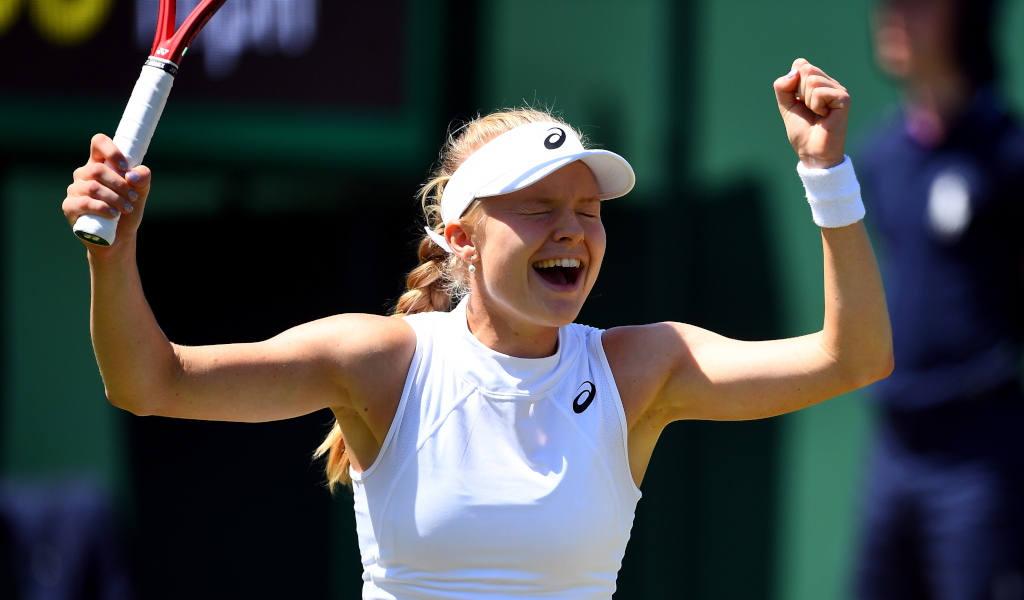 Harriet Dart followed up her first-ever Wimbledon main draw win with a victory in the second round that earned her match against world No 1 Ashleigh Barty.

A career-best run keeps on getting better 👏@harriet_dart beats Beatriz Haddad Maia to reach the third round – where she'll meet world No.1 Ash Barty #Wimbledon pic.twitter.com/9jMd2BCUu9

Haddad Maia came into the match the favourite as she took out former Wimbledon champion Garbine Muguruza in the first round.

However, it as Dart who took the first set via the tiebreaker before the Brazilian hit back by breaking three times in the second set.

It was one-way traffic in the deciding set as the British player broke three times and her reward is an encounter against Barty.

French Open champion Barty made light work of Alison Van Uytvanck as she beat the Belgian 6-1, 6-3.

“I started particularly well and not too many errors, a bit of a blemish trying to serve out the match, but very happy with today,” the Australian said after the match.