‘I’m playing my best ever tennis on grass,’ warns Simona Halep as she moves into Wimbledon semis 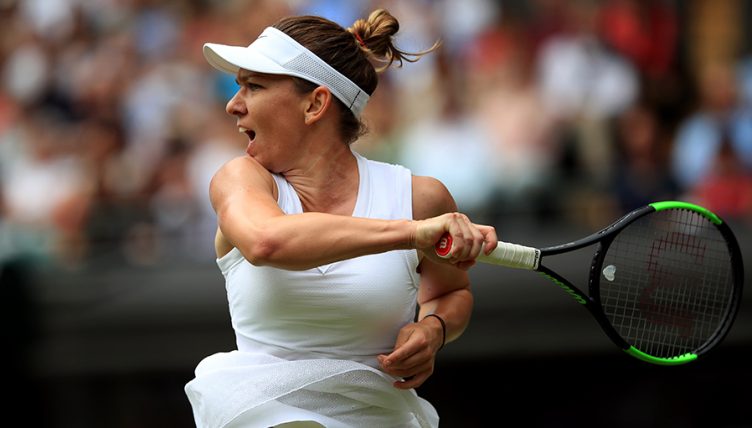 Simona Halep is into the semi-finals of Wimbledon after battling past China’s Zhang Shuai in an absorbing contest on court one.

Halep doesn’t have the best record against Zhang, the world number 50, and she once again appeared to be struggling early on.

The seventh seed found herself 4-1 down in the first set, and then had to save four break points to prevent herself from going even further behind.

However, she managed to pull that set back and eventually won it on a tiebreaker.

That seemed to badly affect Zhang, who looked broken by losing the set from such a commanding position, and Halep was able to power through the second set to claim a fine 7-6 (7-4), 6-1 win.

A semi-finalist once again…@Simona_Halep defeats a spirited Shuai Zhang 7-6(4), 6-1 to make the #Wimbledon final four for the first time since 2014 pic.twitter.com/IVGkZ9Njxl

“I fought hard in the first set, even if I knew I was 4-1 and she was hitting hard, but I knew I would have to play aggressively and I did it great”, Halep told the BBC afterwards.

“I have energy, I feel fresh and confident and I am perhaps playing my best tennis on grass.”