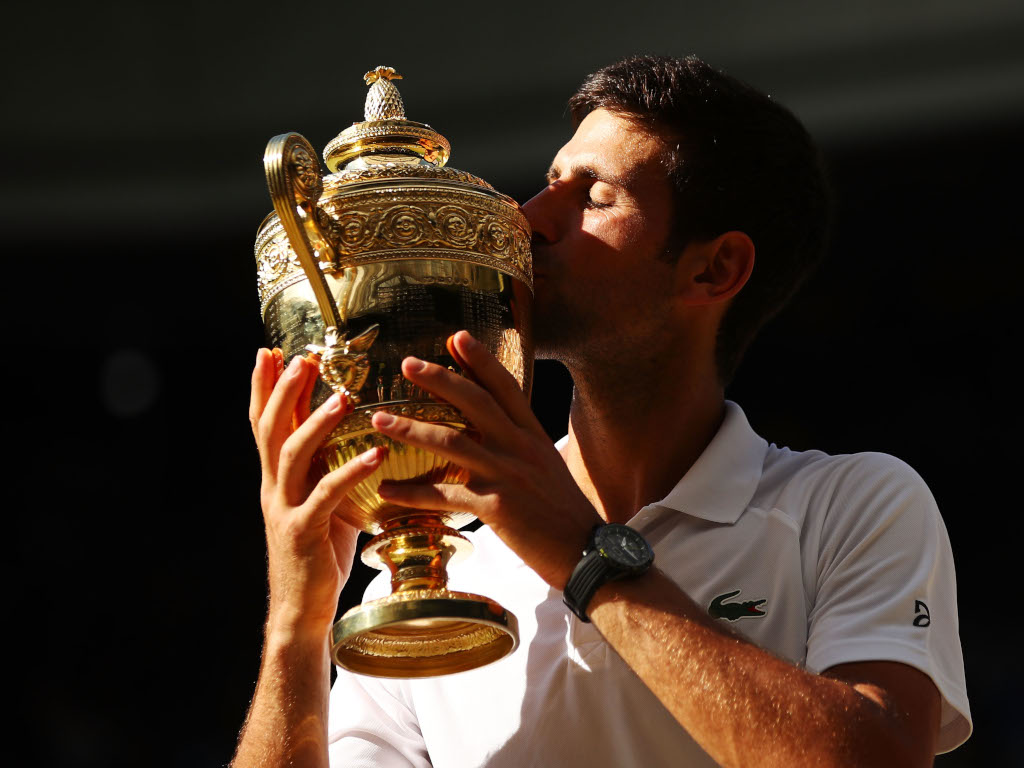 Both players were not as fresh as they would have liked as Djokovic’s semi-final against Rafael Nadal only finished on Saturday. Meanwhile, Anderson needed six hours and 36 minutes to see off John Isner in his last-four encounter on Friday.

And it was the South African, playing in his second Grand Slam final finished runner-up to Rafael Nadal at the 2017 US Open, who looked sluggish early on.

Anderson needed treatment on his right arm and, although he started to loosen up, the second set was a carbon copy of the opening set in terms of breaks of serve as Djokovic took a two-set lead.

The South African, though, finally turned up in the third set and he manufactured several break points, but Djokovic managed to fight back on each occasion.

So it went to a tie-breaker and the Serb got a couple of breaks early on and from there he eased over the finish line to win his fourth Wimbledon title.

Djokovic also took his Grand Slam tally to 13, which puts him one title behind Pete Sampras, three behind Rafael Nadal and seven adrift of Roger Federer.