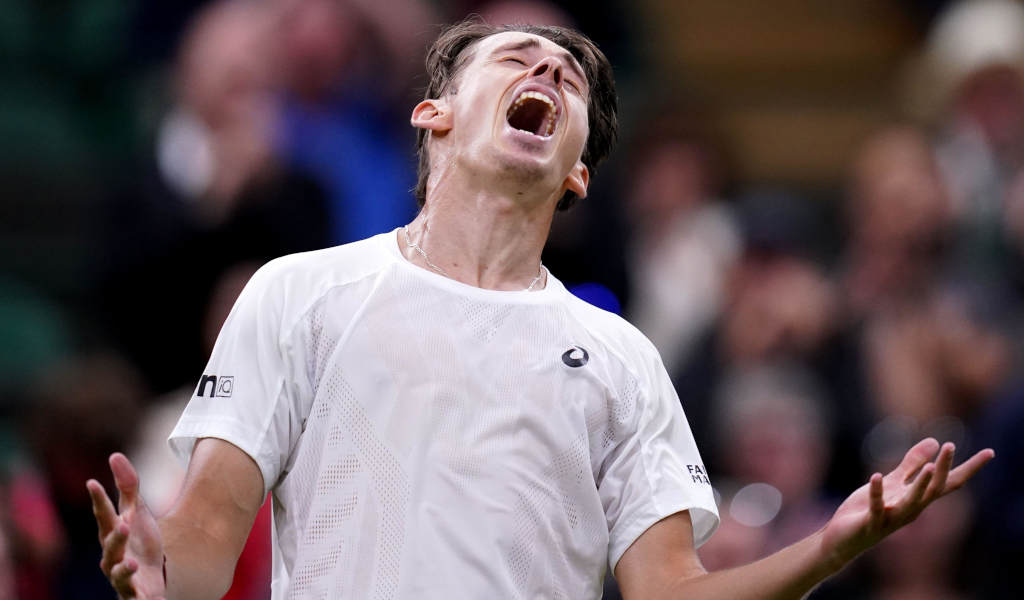 Jack Draper showed his huge potential but saw his Wimbledon run end in the second round with defeat by 19th seed Alex De Minaur.

The battle between the former junior finalists saw Australian De Minaur come from a set down to defeat Draper 5-7 7-6 (0) 6-2 6-3 in three hours and two minutes on Court One.

De Minaur joins British girlfriend Katie Boulter, who was watching courtside after her career-best win over Karolina Pliskova, in the third round while Draper should take huge encouragement from what was a fine contest.

Great effort from Jack Draper against the No.19 seed#BackTheBrits 🇬🇧 | #Wimbledon pic.twitter.com/CifLYRQmS6

The 20-year-old has been attracting attention beyond these shores for his progress this year and he demonstrated why across two tightly-contested sets full of intense, lung-busting rallies before beginning to fade physically.

The first set was split into two by a lengthy delay for the roof, which had been shut when it was dry earlier, to be belatedly closed as heavy showers circled the All England Club.

De Minaur is one of the best athletes and most consistent hitters out there but Draper more than matched him, wowing the excited crowd with the power of his serve and groundstrokes.

The Londoner already feels he can mix it with the best in the world and, having seen an early break slip away, he got his reward for applying consistent pressure with another in the 11th game.

He then served out the set after an extraordinary rally, the two men pulling each other all around the court before De Minaur finally netted.

Draper then had three chances to break at the start of the second but could not take any and, in hindsight, it was an important opportunity missed.

Two more chances arrived at 3-3 but again De Minaur saved them and, although the Australian – whose Spanish upbringing is very evident in his baseline style – did not create a single opportunity on Draper’s serve, he completely dominated the tie-break.

This was only Draper’s third best-of-five-set match and, with nearly two hours on the clock, the effort began to show at the start of the third.

Draper tried to stay with De Minaur but shots that were coming off in the first two sets flew long or into the net.

He continued to fight with everything he had and tried to retrieve an early break in the fourth but, for this year at least, Draper fell just short.