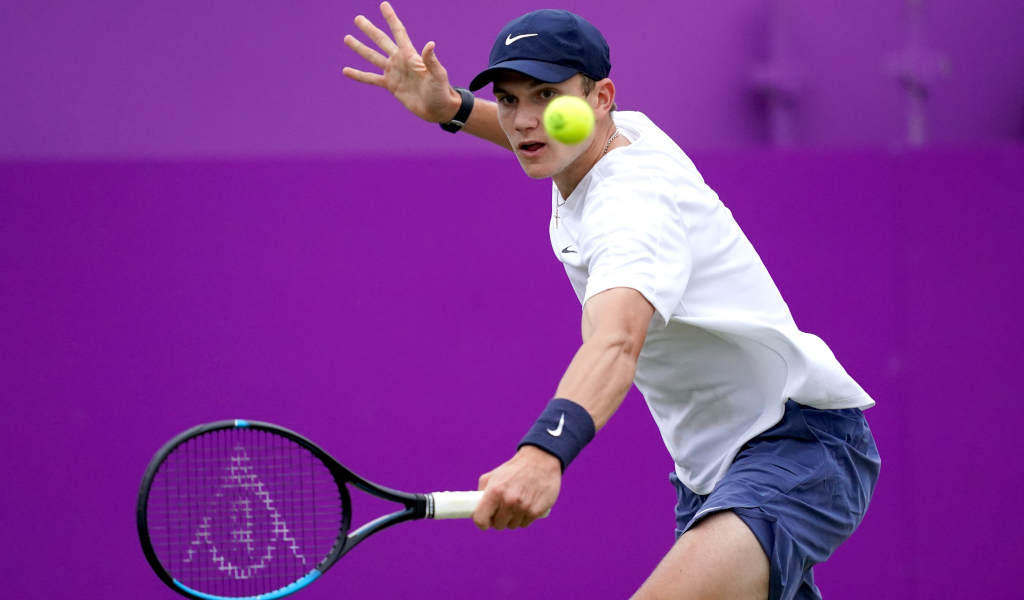 Jack Draper’s Wimbledon campaign ended in a second round defeat by Alex De Minaur, but he’s promised to come back better and stronger.

This means he will join his girlfriend Katie Boulter in the third round, who watched him courtside, after she defeated Karolina Pliskova in her career-best win.

Great effort from Jack Draper against the No.19 seed#BackTheBrits 🇬🇧 | #Wimbledon pic.twitter.com/CifLYRQmS6

“It was a high-level match I thought Alex played incredibly well. Definitely, definitely tough out there. I think I can take a lot of positives. There’s also a lot of things I need to improve and keep working, developing,” Draper said after the match.

“In terms of my tennis, it’s obviously trying to hit my spots on my serve. I think my forehand needs a lot of work still. But I think the main thing is the physicality. Grand slam tennis is completely different. This is one of my first experiences.

“I’m here on merit in the main draw and also playing against a guy who is known for being unbelievably resilient. It’s a really good challenge for me. I think I do need these types of lessons to really grow. I think hopefully as I get more experiences like these, it’s going to help me in the future to push on in these types of tournaments.”

But Draper shouldn’t worry too much as he’s already established himself as a top 100 player, he’ll be playing in his first ever US Open later in the year and he can look forward to playing on the ATP Tour full time.

“I think I have a bit of time off then I’ll look to go to America and try to start playing on the tour more, make that jump,” said the Londoner.

“I’m pretty sure I’ll get in the US Open. It will just be another opportunity to try and prove myself and see where I’m at.

“I’ve just got to keep on improving, keep learning. I think I have the mentality to do that. I want to be a top player.”