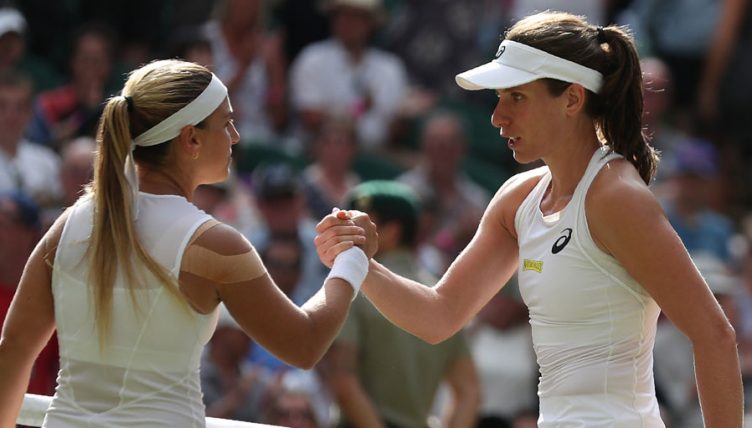 Johanna Konta’s Wimbledon hopes are over for another year after a crushing 6-3 6-4 defeat to Dominika Cibulkova.

Konta became the first British woman to reach a Wimbledon semi-final since 1978 last year, and hopes were hight that she could go deep in the competition again this time around.

However, Slovakian Cibulkova was too powerful.

Cibulkova was controversially bumped from the 32nd-seed position when Serena Williams was slotted in at number 25, but she now insists that disappointment has been put behind her.

“It feels great, it was a tough draw today and I could not be more happy with my performance,” Cibulkova said.

“I don’t really think about the seeding now, I’ll just focus on my tennis.”