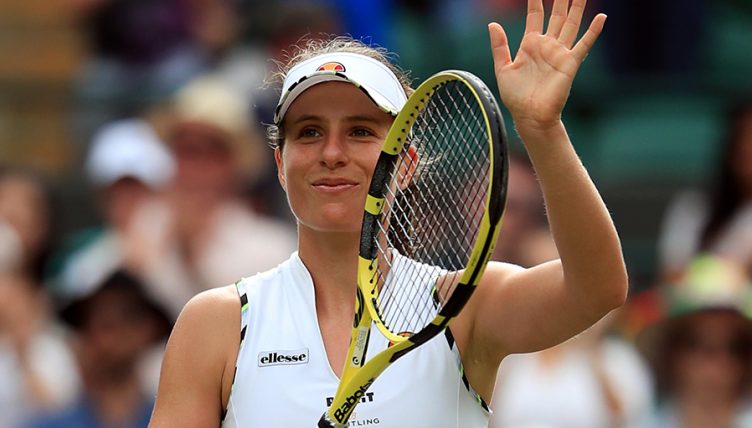 British number one Johanna Konta has avoided a first-round shock at Wimbledon by beating Ana Bogdan in straight sets.

Konta, fresh from a brilliant performance at the French Open where she reached the semi-finals, had to battle through a tough first set but never looked in trouble as soon as she got her nose in front.

“Neither of us felt quite comfortable – we were just trying to find our feet – but you are bound to face these battles in the first round of tournaments, especially Slams.

“I was really pleased to find a way through. I feel I am building through the season and reading the game and expressing myself better on court.

“I was not playing the best tennis, but I competed as best I could.”

Sloane Stephens had no such problems, though, as she overcame Timea Bacsinszky 6-2 6-4.