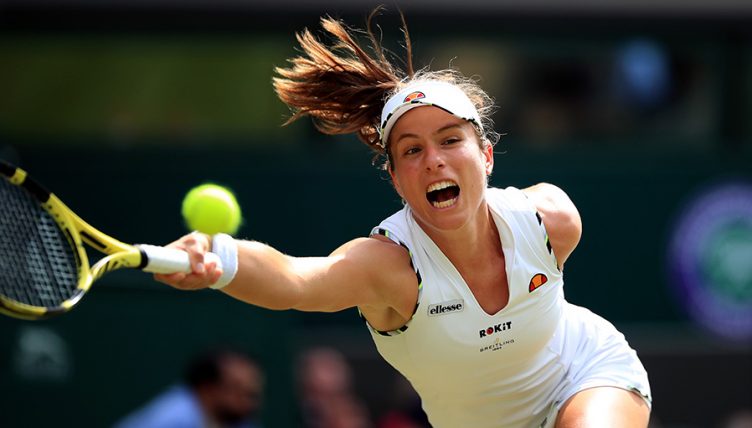 Johanna Konta has opened the door for another possible run at a Wimbledon final after a thrilling win over Petra Kvitova.

The British number one reached the semi-finals two years ago, and if the can win one more match this week she will at least match that achievement.

“There was a little bit of nerves,” she admitted afterwards, “but I don’t put it down to nerves me not coming through that 5-3 game [in the third set, when she blew two match points].

“The balls were coming at me at 100 miles an hour. She was playing really well and I was expecting to go to five-all at one point.

“I feel truly grateful to be here and am happy to still be here against the best players in the world.”

No woman on the WTA Tour has won more matches on grass than Konta has in the last four years.