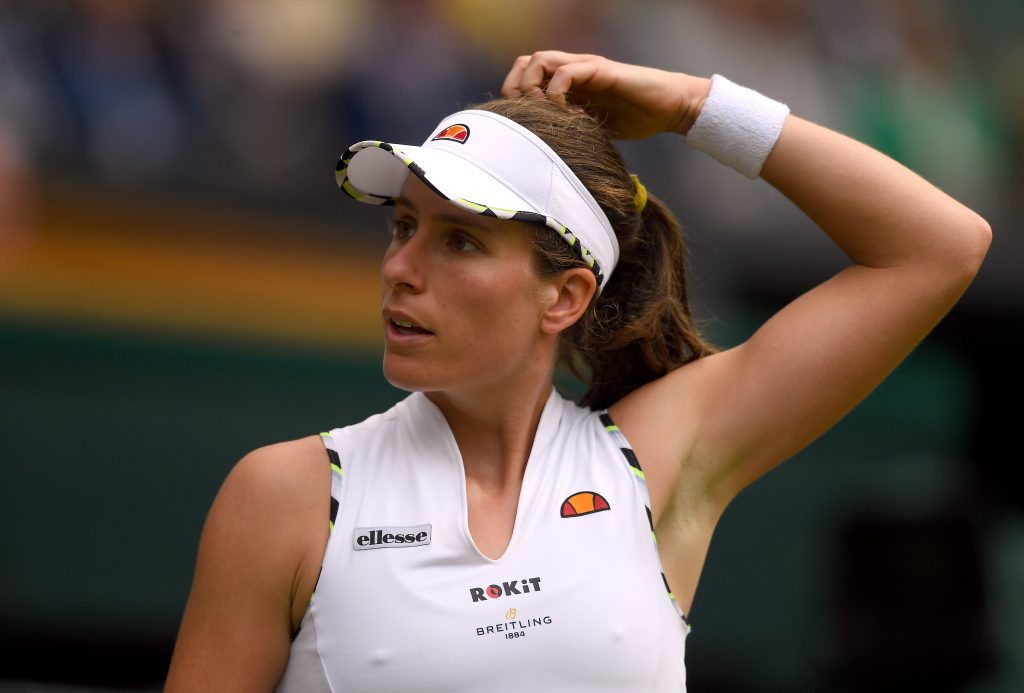 British No 1 Johanna Konta has been ruled out of Wimbledon on the eve of the tournament after a member of her team tested positive for Covid-19.

Organisers announced late on Sunday evening that the 30-year-old, who was seeded 27, had been classified as a close contact of a positive case.

Konta, who faces dropping well outside the top 30, will now be required to spend 10 days in self-isolation and will be replaced in the singles draw by lucky loser Wang Yafan of China.

A statement from the All England Club read: “A member of Johanna Konta’s team presented with Covid-19 symptoms this morning and immediately isolated and undertook a PCR test in accordance with the Championships’ testing protocols.

“A positive result was returned which resulted in the AELTC, together with Public Health England, identifying Johanna Konta to be a close contact.

“In line with Government legislation, she is required to self-isolate for 10 days and therefore is withdrawn from the Championships.

“Both Johanna and her team member had tested negative on all their previous tests undertaken within the Championships’ protocols. Both individuals were advised of the positive test and close contact classification and are now self-isolating for the next 10 days.”

It is dreadfully bad luck for Konta, who reached the quarter-finals at SW19 two years ago and the semi-finals two years previously and had played herself into form on the grass by winning her first title for four years in Nottingham two weeks ago.

She subsequently withdrew from tournaments in Birmingham and Eastbourne in order to rest her troublesome knee and ensure she was in prime shape for Wimbledon.

Konta, who had been due to face Katerina Siniakova on Tuesday, had been in excellent spirits at her press conference on Saturday but she must now turn her attentions to the Tokyo Olympics, where she is entered in singles and doubles.

Her withdrawal reduces the British singles contingent to 14, 10 of whom play their first-round matches on Monday.

Konta is the second player to be forced out of Wimbledon for the same reason after Danish former doubles champion Frederik Nielsen, whose coach tested positive on Saturday.

Players are in a strict bubble and are only allowed to leave their city centre hotel to travel to the All England Club in an effort to keep those in the tournament and the British public safe.

We wish Johanna the best and hope to see her back on court soon pic.twitter.com/laSrCKgpSM

A tweet from Wimbledon read: “Our heartfelt sympathies are with Johanna and we hope to see her back on court as soon as possible.