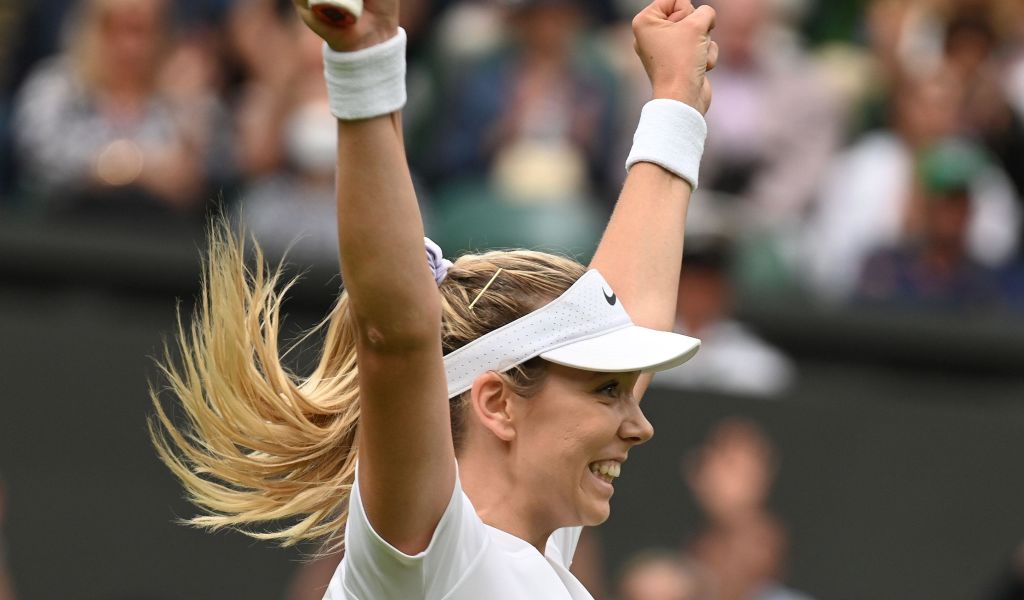 Andy Murray and Emma Raducanu may be out of Wimbledon, but the stunning success of British players continued on Thursday as Katie Boulter, Heather Watson and Liam Broady all make it through to the last-16.

Their wins came on the back of an impressive summer of success for British players on grass courts, with ten homegrown players making it through to the second round at Wimbledon for the first time since 1984.

The likes of Ryan Peniston, Harriet Dart and Jack Draper have also enjoyed big success in the LTA’s grass court events and former British No.1 John Lloyd has told Tennis365 that the team spirit among the British players is driving them on.

Speaking to us as he promoted his new autobiography Dear John, Lloyd suggested the input of the LTA and his nephew Scott Lloyd, who is LTA CEO, has been pivotal in the surge of success.

“I think the Andy Murray factor has been a trickle down effect,” he told us. “His presence has helped the other players.

“When you have got a superstar who has been there, done it and won. He trains with them, chats with them and that helps the professionalism of the young players. Now they have got someone to look up to and see that he is a Brit. They see what he did and they realise that’s the work ethic you need to get there.

“The players seem to be together. They played in this Battle of the Brits event during lockdown and they seem to have bonded on the back of that.

“You see a real spirit among them now and it’s driving them on. One wins and the other one wants to follow. Long may this continue.”

The LTA, who oversee British tennis, have often been criticised for their input down the years, but Lloyd suggests the time has come to change that narrative.

“Everyone likes to bash the LTA and in the past, that was justified,” added Lloyd. “Their coaching was bad, they put money in the wrong places and they were getting a lot wrong.

“Now we are gradually doing away with the players who are not giving 110 per-cent they are being phased out. In previous years, they would have got grants when anyone who knew about the game would tell you they would never make it.

“My nephew Scott has done a terrific job and I think the coaching system is better. The amount of tournaments we have at the lower level is superb and speaking to some of the coaches at Queen’s, they said there is a work ethic there that was missing in the past.

“Now we have Emma Raducanu to look up to. We have two Grand Slam champions in our midst, how lucky are we.

“We have a very solid group of players coming through now and it’s very, very exciting.”