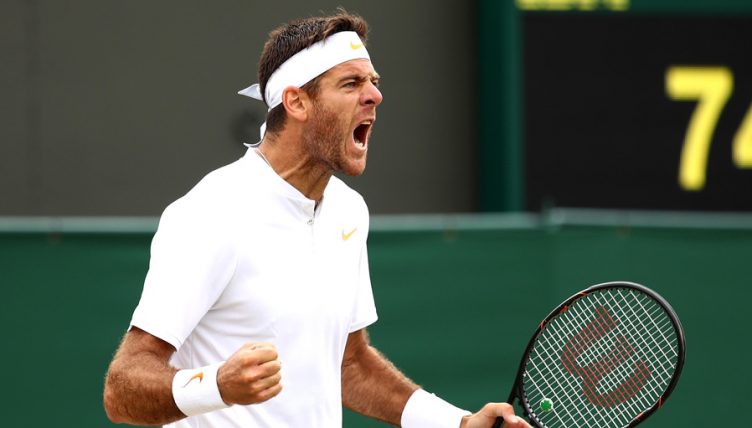 Juan Martin del Potro has taken his place in the Wimbledon quarter-final line-up after finally breaking the resistance of Gilles Simon.

The Argentinian fifth-seed appeared on course to get the job done on Monday night when he won the first two sets, both on tiebreak, before Simon forced an overnight break by claiming the third.

Del Potro once again looked in good shape to ease to victory when play resumed on Tuesday when given the chance to serve for the match at 5-4 up.

However, Simon showed his battling qualities once again by breaking del Potro and forcing a third tiebreak of the match.

That just merely delayed the inevitable, though, with del Potro winning the tie-break to claim a 7-6 7-6 5-7 7-6 win and set up a quarter-final clash with Rafael Nadal.