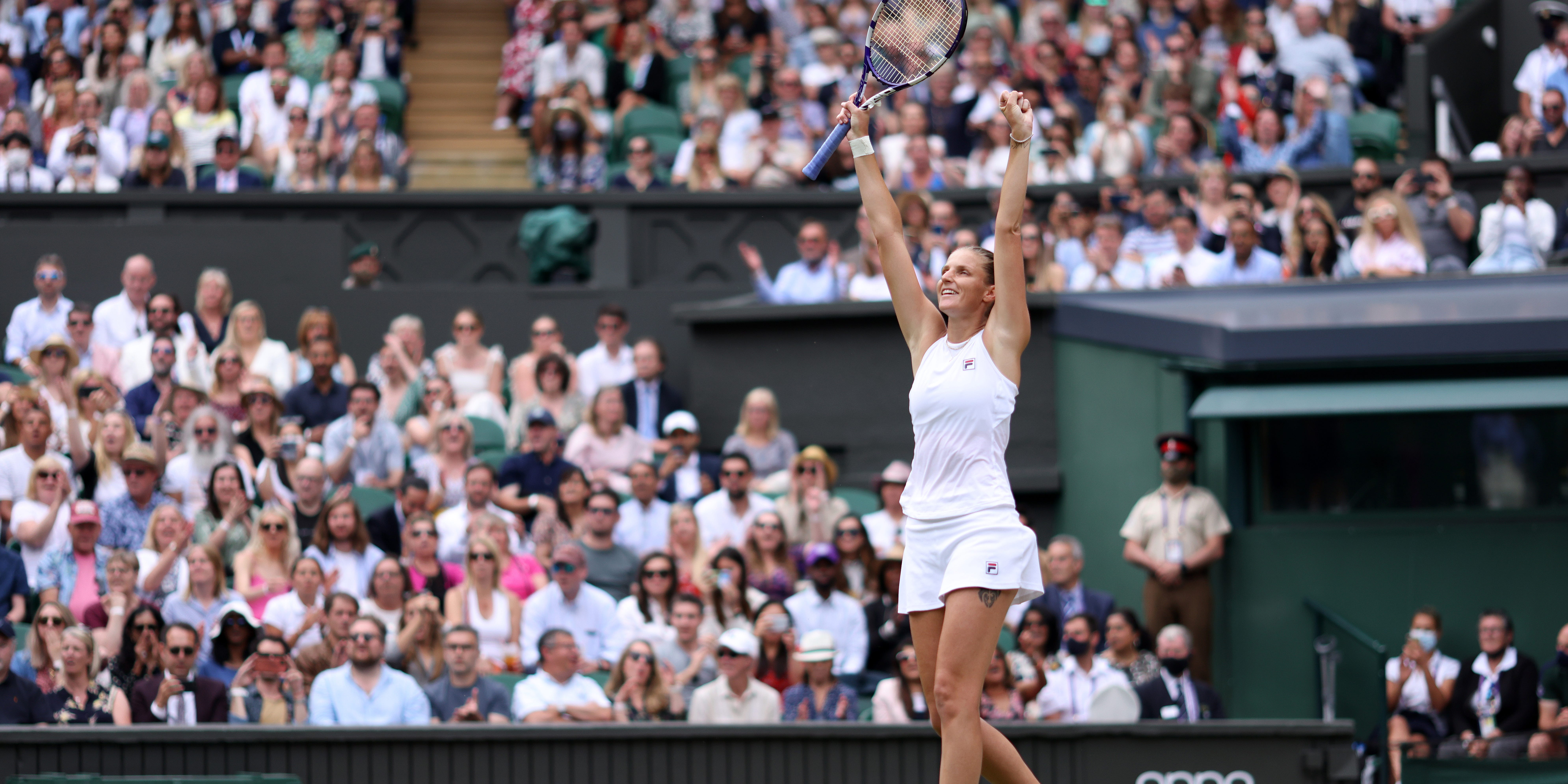 Karolina Pliskova came from a set down to overcome second seed Aryna Sabalenka and reach her maiden Wimbledon final.

Pliskova, ranked 13 in the world, won a high-quality contest of big-hitting 5-7 6-4 6-4 and will face top seed Ashleigh Barty on Saturday.

Pliskova actually posed the main threat in the first set, forcing eight break points in total – at 2-2, 3-3 and 5-5 – but each time Sabalenka’s powerful serve got her out of trouble.

And then there were two.

Sabalenka, by contrast, had not got near the Pliskova serve until the eighth seed made a mess of a volley with the entire court to aim at.

A delightful Sabalenka drop volley then brought up a solitary point for the set – and an untimely Pliskova double-fault gift-wrapped it for her.

Pliskova finally landed a punch at 2-2 in the second, bringing up another three break points and nailing the first with a perfect return to the feet which Sabalenka could only scuff into the net.

The 29-year-old backed up the break with three aces to take a 4-2 lead, confidently served out the set and made an ideal start to the decider with a break and a confident hold.

Pliskova’s grand slam experience – she has now made the semi-finals or better at all four major championships – was beginning to tell against her 23-year-old opponent.

Sabalenka went into full hustle mode, varying her pace and trying to move Pliskova around the court.

But Pliskova held her nerve, clinching her place in the final with an ace to give herself the chance to claim her first grand slam title.

She said: “It’s amazing, until now I didn’t get past the fourth round – now I’m in the final. It’s an amazing achievement.

“I think we played a great match. She served amazing, so I’m super happy I managed to stay in there and find a way to win.”