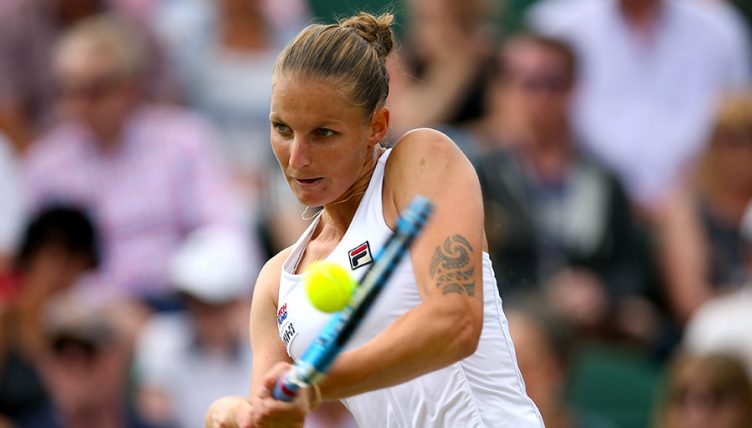 Karolina Pliskova is out of Wimbledon after losing a marathon of a match to compatriot  Karolina Muchova.

This year is the first year when tiebreakers can be used in the final sets of matches at Wimbledon, and that was nearly tested after over three hours of brilliant tennis.
However, Muchova took the crucial break in the final set to claim a brilliant 4-6, 7-5, 13-11 win over the well-fancies Pliskova.
The win not only means that all of the top five women seeds are out before the quarter-finals, but also that Ashleigh Barty will retain the world number one spot.
Barty looked vulnerable after she lost to Alison Riske earlier in the day.
Pliskova, though, was the only woman remaining who could threaten her.
She would have had to have reached the final to have done that, but this result ensures Australian Barty, who was only crowned top dog in the WTA a week before Wimbledon, will not have a brief first reign.