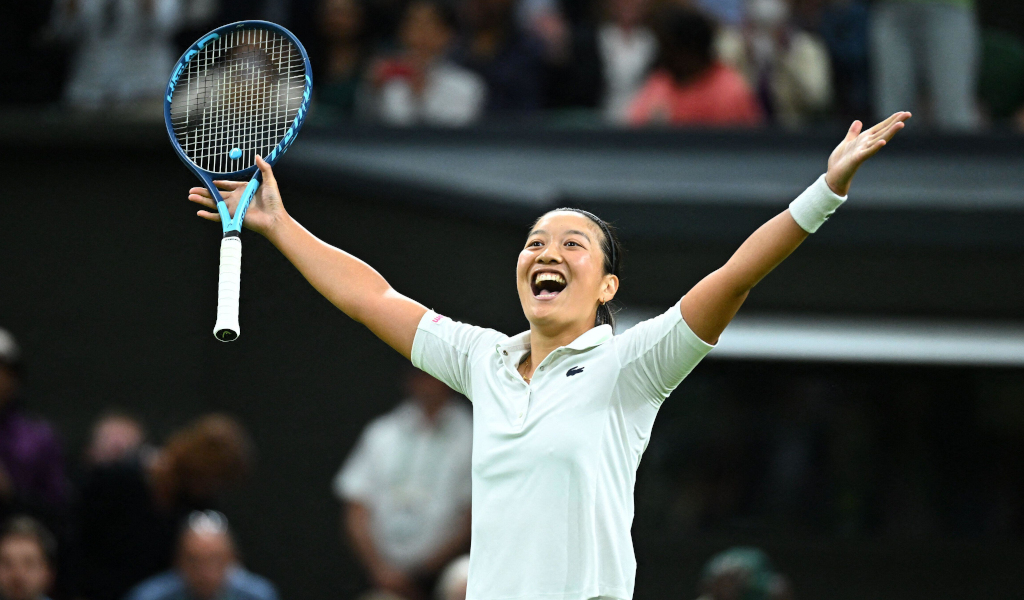 Katie Boulter’s fine Wimbledon run ended in disappointing fashion with a one-sided defeat by Harmony Tan in the third round.

Boulter produced the best result of her career by upsetting last year’s runner-up Karolina Pliskova on Thursday but was unable to get into the match against Tan, who has built on her first-round victory over Serena Williams brilliantly and is through to the last 16 at a grand slam for the first time.

Tan, ranked three places higher than Boulter at 115, was in control from the start and eased to a 6-1, 6-1 victory in just 51 minutes.

The Frenchwoman’s brilliant run continues and she’s into the second week of #Wimbledon pic.twitter.com/Lj9weEAhL9

Wimbledon organisers faced criticism for not scheduling Boulter on a bigger court after her exploits against Pliskova, and there were plenty of empty seats on Court Two when play began at 11am.

Boulter, who has been mourning the loss of her grandmother earlier this week, might have sensed it would not be her day when, in her first service game, she broke a string and saw two Tan shots hit the top of the net.

If the Frenchwoman had a slice of luck, though, she more than earned her superiority in the rest of the first set, serving superbly and making Boulter’s life very uncomfortable.

While the British No 3 was happily able to trade pace with the flat-hitting Pliskova, this was a very different assignment, with Tan chipping the ball back and mixing up angles and spins.

Boulter’s grandfather and close family were again courtside to cheer her on but she looked all at sea in the first two games of the second set as dreams of a first run to the second week of a grand slam began to rapidly fade.

There were flashes of the shots that wowed Centre Court but most of the highlights came from Tan, including a tweener on her way to breaking serve again to lead 4-1.

Two games later, the contest was over, Boulter ending a match she will want to forget with a double fault.

“No I don’t believe it yet – if I sleep a little bit, tomorrow maybe I will believe it, but it’s amazing,” she said.

“I think I like grass, I never play on this court but I like to play with slice and volley and everything with my game so I’m really happy.

“It was really emotional for the first round against Serena [Williams] and after it was just playing match by match and today was really good tennis. I don’t know why but it depends on the day!”