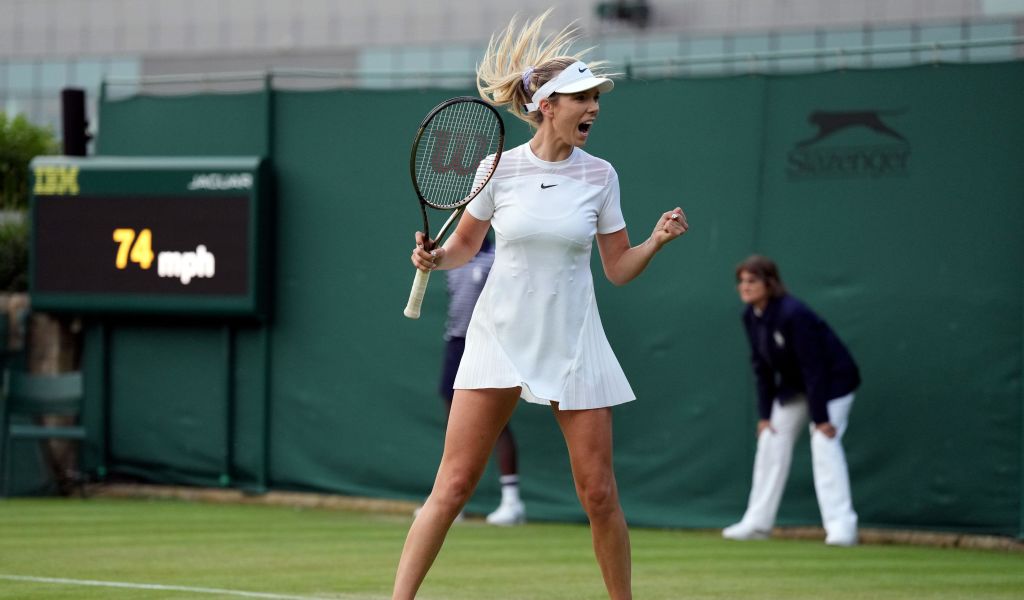 Leicester’s Katie Boulter helped British players to their best Wimbledon first round return in a quarter of a century.

Boulter’s 7-5 6-3 win over France’s Clara Burel means nine Brits will line up in the second round – the best home performance at the All England Club since 1997, the year both Tim Henman and Greg Rusedski both made men’s singles last eight.

And Harriet Dart could make it ten players in her delayed first round match on Wednesday – which would equal a record from 1984.

Boulter, who is on the LTA’s Pro Scholarship Programme – the highest level of support for players aged 16-24 – advanced to her third appearance in SW19’s second round in just 89 minutes, a classy win against a player ranked 23 places above her on the world rankings.

She joins Emma Raducanu and Heather Watson in the women’s second round while Andy Murray, Cameron Norrie, Jack Draper, Liam Broady, Alastair Gray and Ryan Peniston all progressed in the men’s singles.

“I’m loving the success we are having in British tennis, everyone is spurring each other on,” said Boulter, 25.

“I’m catching a bit of that vibe and it’s just nice to be a part of it. I see how hard people work behind the scenes and it feels like we are a really good place right now.”

Recent seasons have seen Boulter battle a succession of injuries, including a back injury in 2019 that put the brakes on her career, just weeks after cracking the world’s top 100.

However, her win over Wimbledon runner-up Karolina Pliskova at Eastbourne last week was a first against a top ten player and underlined the promise that was predicted when she made her All England Club debut five years ago.

She’s been close to claiming big scalps before – last year she came close to beating second seed Aryna Sabalenka on Centre Court – but to get across the line made all the difference for a player who thrives on confidence.

“I’ve got the belief I can win these matches and I’ve learned from the mistakes that I’ve made,” she added.

“I’ve had a lot of close matches against good players but couldn’t quite get over the line. Last year was huge making the second round and it gave me a really big boost.

“I just want to push on and stay injury-free. I’ve put a lot of time and effort in to get to this point.

“I feel I can be a contender, I’ve shown in some of my recent matches what I’m capable of but it’s doing it day in, day out. Getting my first top ten win last week proved a lot to me but I’ve got to stay fit.

“I’ve been working so hard behind the scenes and it feels like I’m in a really good place, on and off the court. I feel really well supported with my team. I’m happy with my tennis and I want to go out and enjoy myself.

“This is the biggest stage in the world and having that crowd behind me really made the difference.”