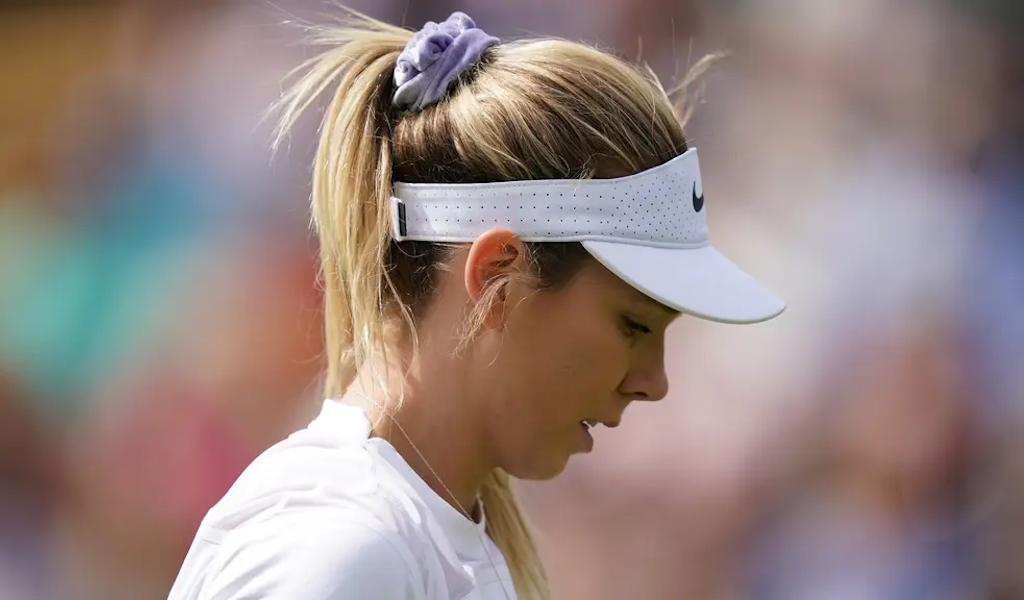 A drained Katie Boulter admitted she ran out of steam as her fine Wimbledon run ended in disappointing fashion with a one-sided defeat by Harmony Tan in the third round.

Boulter produced the best result of her career by upsetting last year’s runner-up Karolina Pliskova on Thursday but was unable to get into the match against Tan, who has built on her first-round victory over Serena Williams brilliantly and is through to the last 16 at a Grand Slam for the first time.

Tan, ranked three places higher than Boulter at 115, was in control from the start and eased to a 6-1, 6-1 victory in just 51 minutes.

Katie Boulter loses out to a faultless performance by Harmony Tan#BackTheBrits 🇬🇧 pic.twitter.com/FEqEMJq3KH

Boulter went into Wimbledon on the back of strong performances in Nottingham, Birmingham and Eastbourne but has been enduring a tough time off court and was in tears during her on-court interview on Thursday after revealing her grandmother died earlier this week.

The 25-year-old said: “I think I’m just a little bit emotionally drained, if I’m honest. It’s been a long few weeks. I’m not going to even talk about this week. I think this week was the cherry on top.

“But I’ve been working so hard for a long period of time, getting through an injury to start with is a huge, huge struggle, and I made it through, and I’m here and played some amazing tennis week in, week out. I’ve played a lot of matches. I sort of went from zero to a hundred quite quickly.

“This week has probably been the tipping point. I’ve played some great matches. It’s also been very emotional. I think today was one step too far for me. Credit to her, she was playing some tough, tough tennis. Clearly it was a bit much.”

Wimbledon organisers faced criticism for not scheduling Boulter on a bigger court after her exploits against Pliskova, and there were plenty of empty seats on Court Two when play began at 11am.

Tan felt the decision helped her, saying: “When you play a Brit on Centre Court, I think there is a lot of people for her. I like to play on a small court.”

Boulter had no complaints, though, adding: “You’re supposed to put the best matches there are out there on Centre Court and on Court One. We’ve got Iga (Swiatek) who is out there on an I don’t know how many match winning streak. I would never expect to be put ahead of players like that.”

Boulter might have sensed it would not be her day when, in her first service game, she broke a string and saw two Tan shots hit the top of the net.

If the Frenchwoman had a slice of luck, though, she more than earned her superiority in the rest of the match.

The Frenchwoman’s brilliant run continues and she’s into the second week of #Wimbledon pic.twitter.com/Lj9weEAhL9

While Boulter was happily able to trade pace with the flat-hitting Pliskova, this was a very different assignment, with Tan chipping the ball back and mixing up angles and spins.

Despite the drubbing, Boulter had a smile on her face in her post-match press conference as she reflected on the best month of her career.

“I’ve got absolutely loads of positives,” she said. “Many come from a physical and mental place. I know I can compete with these players week in, week out at this level. That for me is the biggest thing out of everything.

“It’s easy to say that I believe, but I’ve done it for the past four weeks off the back of an injury. Going forward, if I can kind of use this momentum, I really feel like I’m going to be in a great place by the end of the year. I’ve just got to stay healthy, fit and fresh.” 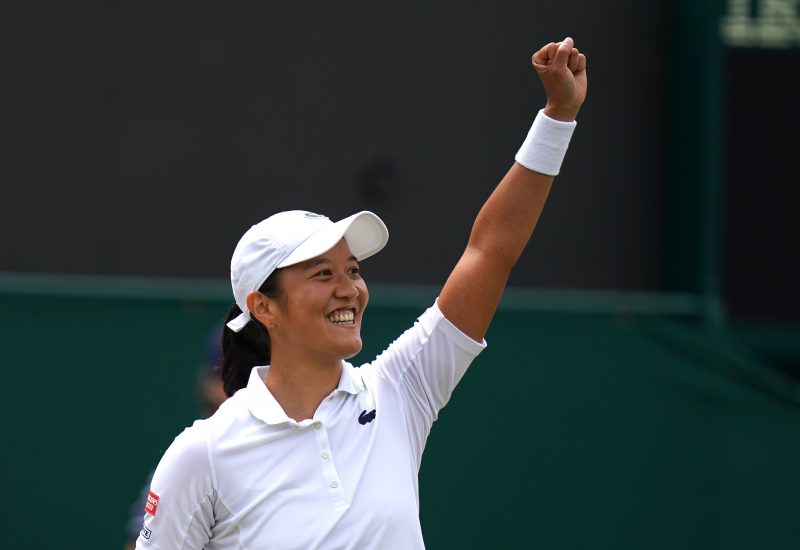 The frustration for Boulter is that the ATP and WTA’s decision to remove points this year means her run will not be rewarded by a rise in the rankings from 118 that could have seen her make it into the main draw of the US Open.

“I’ll be ready for qualies (qualifying) this year,” she said. “If it’s this year, next year, whatever year it might be, it’s a privilege to play the tournament at all.

“You never know, hopefully I can do what Emma (Raducanu) did last year. Hey, we’re a long way away from that and I’m just going to go out there and enjoy myself.”