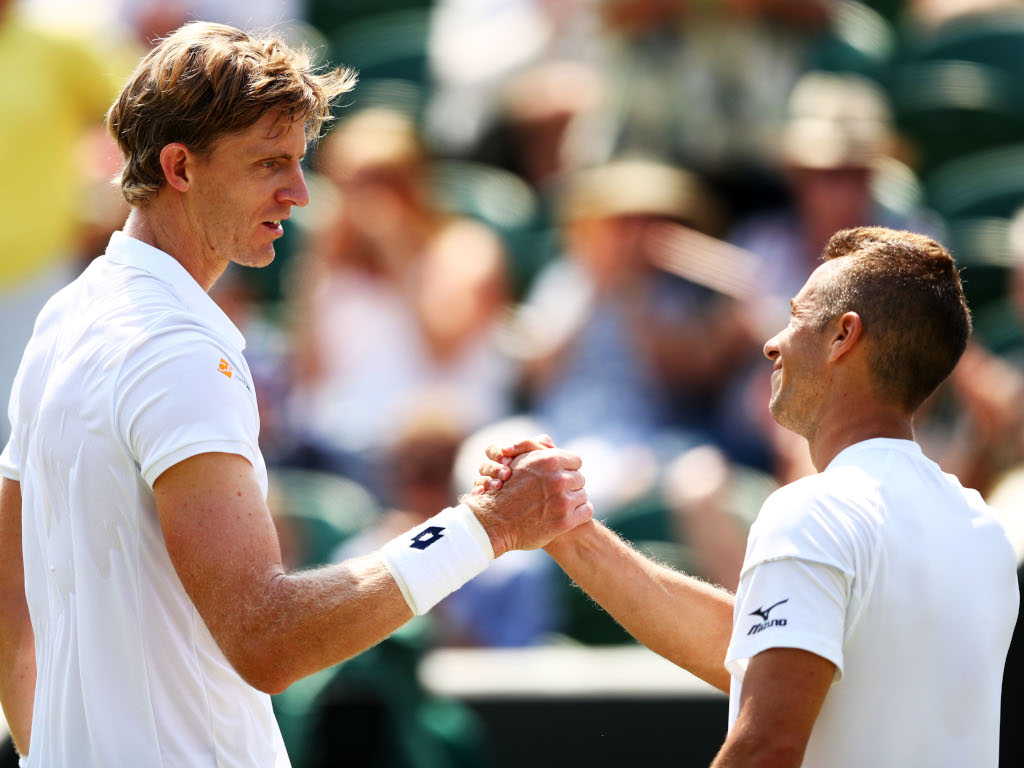 Philipp Kohlschreiber has spoken out following his third round loss at Wimbledon to Kevin Anderson, and backed his opponent to beat tournament favourite Roger Federer.

Kohlschreiber was beaten in straight sets 6-3 7-5 7-5 by the South African, and was thoroughly impressed.

Anderson and Federer are in line to meet in the quarter-finals, and there’s one person who wouldn’t be surprised to see the number one seed fall.

“He has a big game,” said Kohlschreiber following his loss to Anderson.

“I think most is self-belief, especially with him. We don’t speak a lot but I think he’s kind of a guy who he likes to be for himself and for his own team.

“I think if he believes [he can] beat Roger on grass, I think he can do it, because the game is big.”

Anderson will first have to overcome one of the most entertaining players in the competition, Gael Monfils, while Federer faces Adrian Mannarino in the fourth round.

It will be an accomplishment in it’s own right if the 6-foot-8 South African reaches the quarter-final as it will represent his best ever run at Wimbledon having previously lost three times in the fourth round.