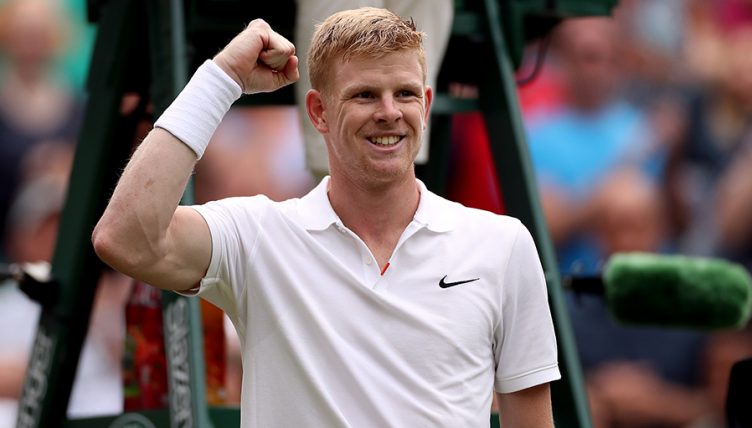 Kyle Edmund is safely into the second round of Wimbledon after brushing aside Spaniard Jaume Munar on Centre Court.

The British number one has not had a great year as he has battled a troublesome knee injury, but he didn’t show any distress at all as he cruised to a 6-4, 6-4, 6-4 win.

“Overall, I think it was pretty good. I got the breaks at the right times and held serve when I needed to.

“There is some stuff I need to improve on where I can make my life easier, but I’ll analyse that later.

“Now I’ll just enjoy the win and think about the next one later.

“To watch games on Centre is very cool but to play is a great feeling. I was honoured to see my name appear when I saw it this morning, so yeah, very special for me.”

Elsewhere, Stefanos Tsitsipas, who is in Edmund’s section of the draw, had a disappointing day as he crashed out to Thomas Fabbianno.

Grigor Dimitrov is also out after losing in five sets to Corentin Moutet, and Gale Monfils was forced to retire duing his match against Ugo Herbert.