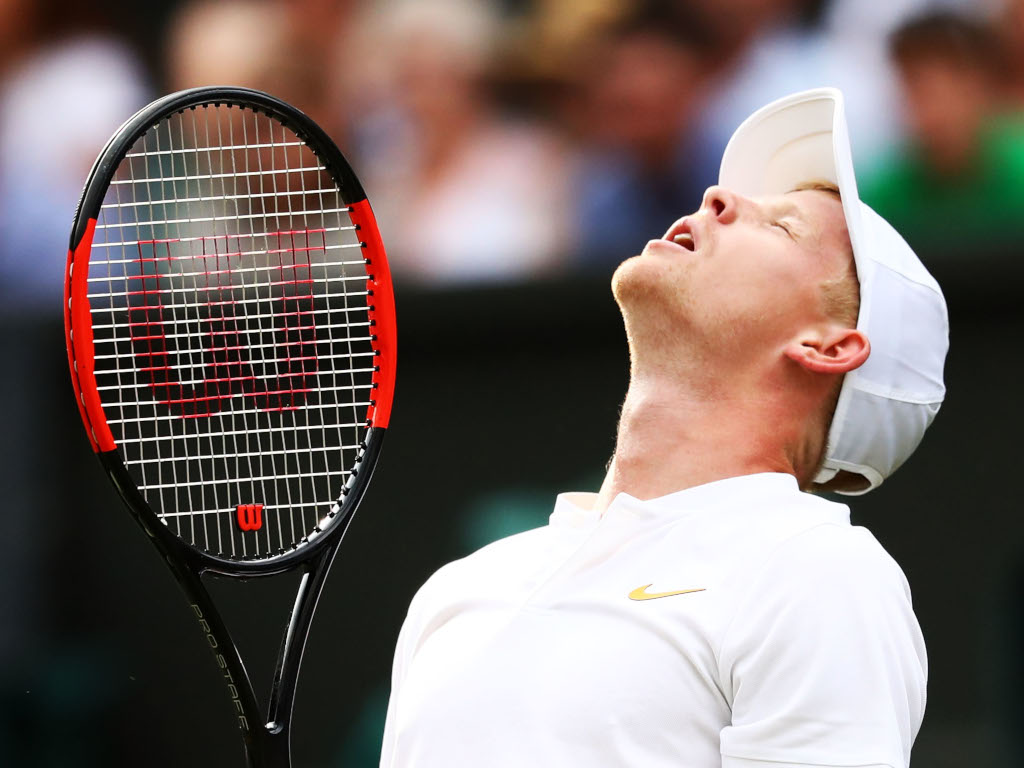 Kyle Edmund has been urged not to get too emotionally involved in England’s World Cup match as he needs to keep himself fresh for his Wimbledon clash against Novak Djokovic.

British No 1 Edmund is a massive football fan and the England team will take on Sweden in the World Cup quarter-final at 15:00 on Saturday, just a couple of hours before his scheduled third-round match at SW19.

One of his coaches Mark Hilton admits that there is not much they can do to stop the 23-year-old from keeping up to date with the match, but he needs to remain focus on his own job.

“In some ways you could say it would be better if it was first, because Kyle will want to watch the match, want to be involved in some shape or form, it can be quite draining, just emotionally, because you can’t help get involved with it,” he said.

“I guess a lot of the afternoon will be taken up by his preparation, whether he is eating, or with Prangers [fitness trainer Ian Prangley] doing his treatments so I think he would be relatively sheltered from it.

“Obviously he will want to know what’s going on, you can’t stop that.”

This season has been Edmund’s breakthrough year as he reached the semi-final of the Australian Open, replaced Andy Murray as the British No 1, reached his maiden ATP Tour singles final and also reached the quarter-final of a Masters event for the first time.

However, tackling Djokovic at Wimbledon will be a difficult task, but Hilton is confident his charge can come out on top.

“For me, for sure, yes,” he said. “He can win, because of the way he’s been competing, the way he’s been playing, those improvements he’s made, the win that he had against him in Madrid. He can go on that court with belief that he can win the last point, for sure.

“There’s no doubt that Novak’s going to be a real stubborn test. We all know what his level is, especially on big occasions on this court. He’s got his work cut out, but I’m sure it will come down to some very small things. It’s whether he can execute in the biggest moments, stay calm, which he has been doing so well.”