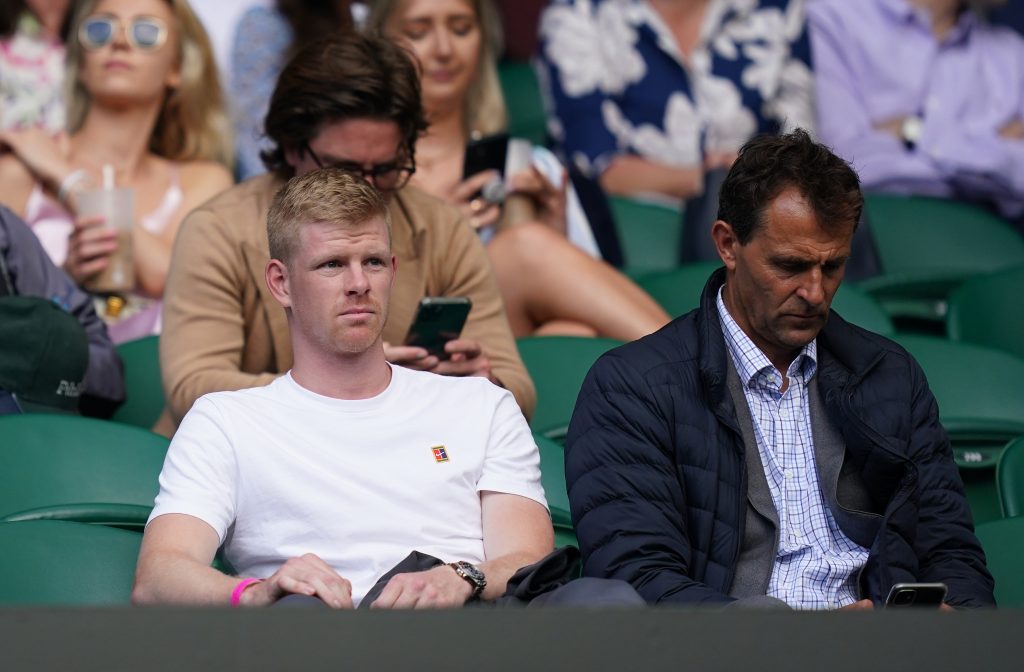 Former British No 1 Kyle Edmund makes his return to Wimbledon on Friday, 18 months after he last stepped on to a tennis court.

Amid the flurry of Britons who roared into the second round and beyond at this year’s Championships, Edmund’s comeback has gone relatively unnoticed.

Now 27, Edmund climbed as high as 14 in the world after reaching the Australian Open semi-finals four years ago before three knee operations put his career on hold.

Edmund revealed the knee issue will never be fully resolved, but he will manage the injury as he bids to resume his career, starting here in the mixed doubles alongside fellow Briton Olivia Nicholls.

“I have been out a long time,” he said. “For me, just being back playing a match to start with feels like a reward for me.

“It’s not an injury that heals by itself, and there is no straightforward procedure to have. It’s just something that’s now part of my life. I have just accepted that.

“I will constantly be dealing with it. It’s not like now that I’ve had three ops it’s all fixed.

“But I’m happy where I’m at and I can enjoy playing now and just wake up and be a tennis player rather than a professional rehabber, which was what I was feeling for a long time.”

Edmund had to deal with the mental challenge of such a long-term injury, but he can finally see the light at the end of the tunnel.

“I have only known tennis for my whole career really,” he added. “I was speaking to someone and saying ‘so now I don’t have that, what am I doing? Every time I wake up in the morning, I have no purpose’.

“When I didn’t have it, you take things a lot less for granted. I wouldn’t say I’m a person that took everything for granted and was arrogant in that way, but I just realised what I did have.”