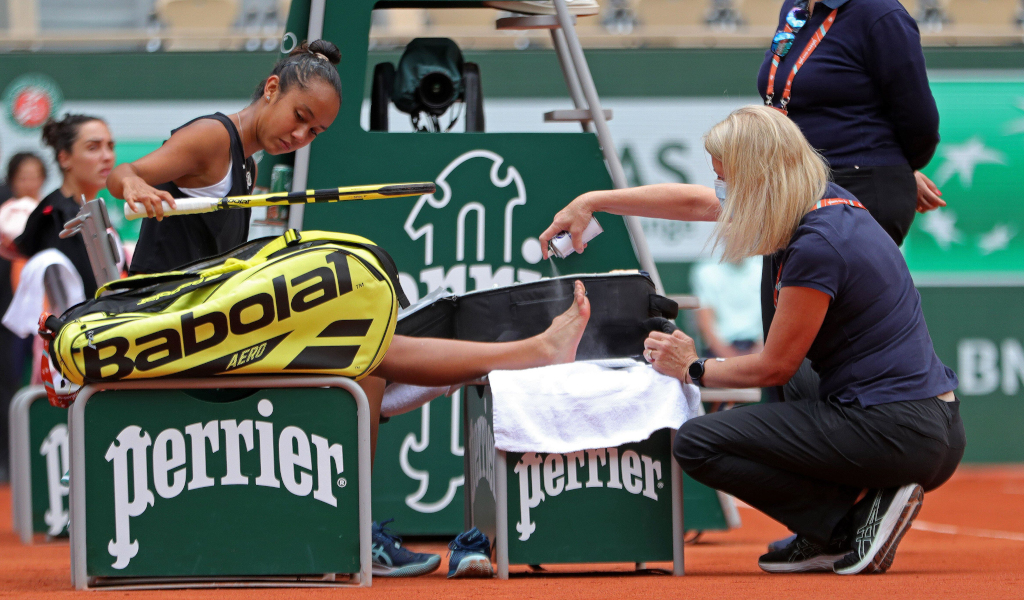 Leylah Fernandez won’t play at Wimbledon this year after her father and coach, Jorge, confirmed that she will be sidelined until August due to a foot injury.

2021 US Open runner-up Fernandez received treatment on her right foot during the early stages of her French Open quarter-final match against Martina Trevisan on Tuesday.

The trainer strapped the foot with bandage and gave her a pain killer and she continued, but was seen limping on several occasions. The Canadian eventually went down in three sets against the Italian, but was forced to skip the post-match press conference due to the injury.

After the 19-year-old was omitted from the Wimbledon entry list on Friday, her father confirmed that the injury is a lot more serious than initially thought as she has a grade three stress fracture on the top of her right foot.

An emotional Jorge Fernandez – father and coach of Leylah Annie Fernandez – reveals that his daughter suffered a Grade 3 stress fracture in the top of her right foot, and explains how hard it is to watch his daughter while she’s playing in pain.#RolandGarros pic.twitter.com/dViwEUj1dR

When asked what he felt while watching the match, Jorge told Canada’s TSN: “Anger. I was very angry and very concerned. Again, it’s hard because you have both hats on and, of course, as a coach you kind of say like, okay you know what you got yourself into. That’s your decision that you’re going to make, then go ahead.

“I think there was moment where I could’ve put some sense into her. And maybe instead of it being what it is now, it could’ve been a little bit less. Of course as a father I’m concerned and sad and I wanted her to stop.”

The Fernandez camp confirmed that the world No 18 hopes to return to action at the Citi Open in Washington, which starts on August 1.