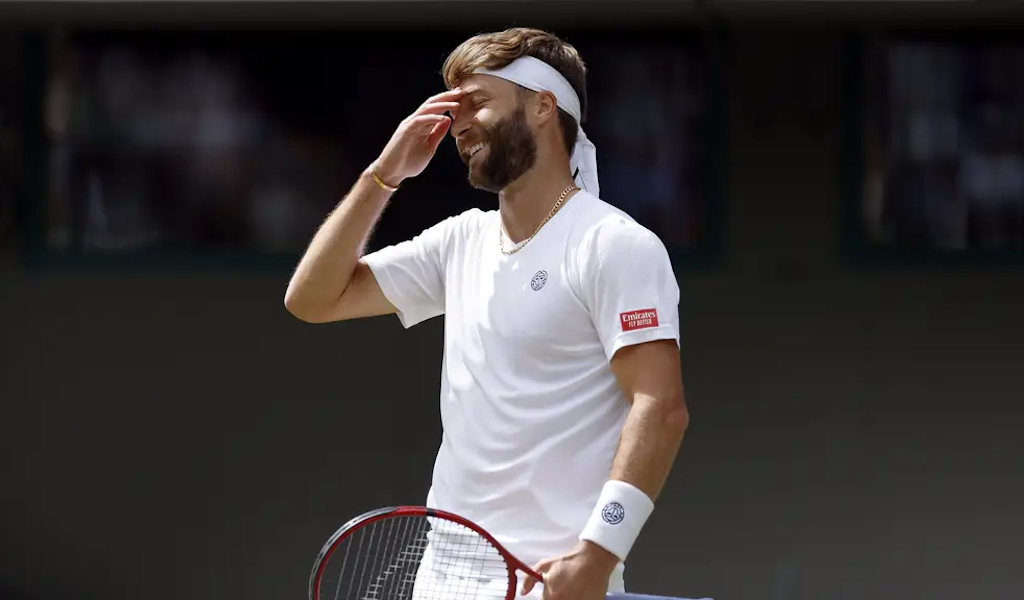 Liam Broady’s best run at Wimbledon ended with a straight sets defeat in the third round following a classy display by Alex De Minaur.

It was the second match in a row De Minaur had ended the hopes of a home player after he dumped out Jack Draper on Thursday and he simply proved too efficient once again.

Broady had spent more than seven hours on court during his first two wins and knew his chances of another memorable victory would require similar impressive levels of endurance.

Two big aces in the opening service game of the Australian were a sign of things to come but the Briton did try his best to trade blows and a wonderful drop shot demonstrated his ability.

De Minaur edges past Broady 6-3, 6-4, 7-5 to make it to the fourth round👏 @alexdeminaur | @Wimbledon | #Wimbledon pic.twitter.com/YVr7tUTxDJ

An overhead smash by De Minaur – not long after a brilliant lob – set up a first break point which he was able to take to move 4-2 up.

Katie Boulter was not yet in the crowd to applaud the efforts of her boyfriend, due to her press duties following defeat to Harmony Tan earlier in the day, as he soon wrapped up the opener in 29 minutes with a 128mph ace.

With Broady down 15-40 early in the second, a quick conclusion looked likely, but the Stockport left-hander dug deep and his own ace sealed a big hold.

The issue remained De Minaur’s serve. The world number 27 lost only three points on it during the first set and with plenty of other shots in his locker, it was not long before he broke again.

Another sumptuous lob sealed it and a delicious drop shot should have helped clinch a second break, only for Broady in trademark fashion to reel off five points in a row to hold.

De Minaur still looked rock-solid on his service game and the latest to love put him one set away from the last 16.

Broady’s ill-timed double-fault at the beginning of the third saw the 23-year-old from Sydney take the initiative once again.

The Briton kept on providing plenty of entertainment and looked to use the crowd when he earned a first break point after one hour and 24 minutes.

It could not be taken and neither could the second soon after but, with De Minaur given the chance to serve for the match, an unexpected break did go the way of the player ranked 132nd in the world.

Court One reacted with glee but any hopes of a fourth set were short-lived when the Australian immediately broke back and, at the second time of asking, did serve out – although only after a 12-minute final game.

For Broady, who is expected to drop in the rankings due to the lack of points on offer at the All England Club, he will now aim to build on this for the hard-court season.