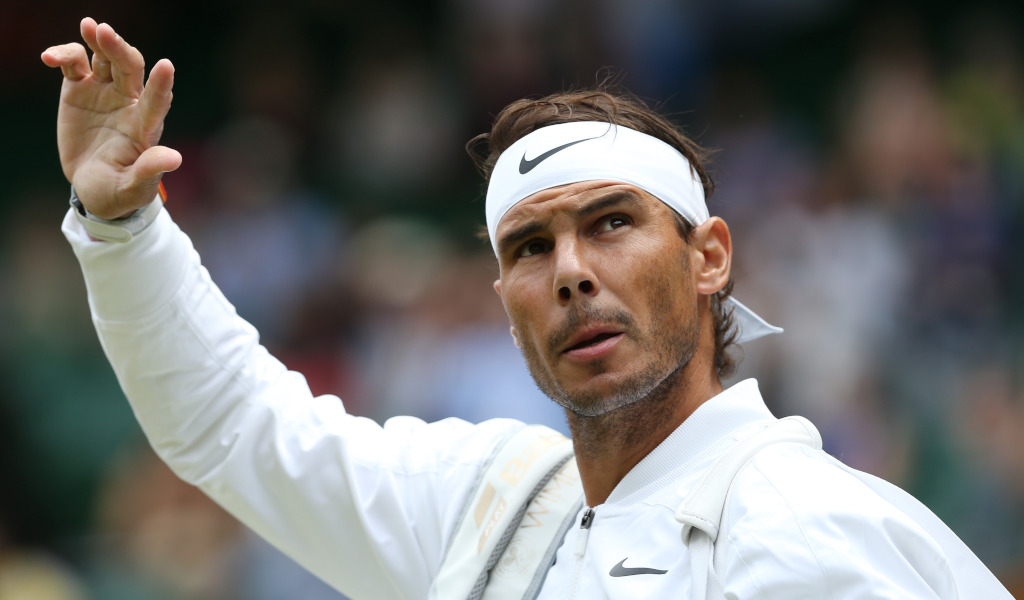 Rafael Nadal will be looking to continue his winning runs as Wimbledon prepares for another unusual edition of The Championships, but former world No 1 Lleyton Hewitt feels Novak Djokovic will be “pretty confident”.

After 2020’s Covid-related cancellation and last year’s restrictions, the tournament will appear normal from the outside for the first time since 2019.

But Wimbledon’s decision to bar Russian and Belarusian players in response to the invasion of Ukraine has had serious repercussions, with the ATP and WTA deciding to withhold ranking points from the tournament.

🗣 @RafaelNadal has The Championships in his sights… #Wimbledon pic.twitter.com/QZVnrIpKvc

The prestige and record prize money will ensure few leading players join the likes of world No 1 Daniil Medvedev, Andrey Rublev, Victoria Azarenka and Aryna Sabalenka in watching from the sidelines, but it is a topic that will rumble on through the fortnight.

Nadal has had injury concerns since lifting the trophies at Roland Garros, with the Spaniard’s chronic foot problem thought likely to rule him out.

But the 22-time Grand Slam champion is set to play at the All England Club for the first time since 2019 after nerve treatment, and is half way to a calendar Grand Slam, which has not been achieved on the men’s side since Rod Laver in 1969.

Australian Hewitt, whose career was nearly ended by a foot problem, has been left in awe by Nadal’s resilience.

“The foot is probably one of the hardest things to come back from,” Hewitt told the PA news agency.

“And that’s what makes this last French Open so remarkable, even the Australian Open, how he was able to come back in that final, because I don’t think he’s anywhere near 100 per cent physically.”

Nadal’s two Slam titles this year have broken the tie with his great rivals Roger Federer and Novak Djokovic in the race to finish on top of the tree, with the Spaniard now two clear on 22.

Wimbledon has taken on extra significance for Djokovic given the limited opportunities that have resulted from his refusal to take the Covid-19 vaccination, which looks set to mean he will not be able to play at the US Open.

Hewitt believes there are still plenty of twists and turns to come before the trio hang up their rackets and is backing Djokovic as the favourite to claim a seventh Wimbledon title.

“(Nadal’s lead) is probably not decisive but I don’t think Rafa’s thinking about that too much anyway,” said the Australian.

“I think he’s just grateful he’s still able to go out there and play to the level he wants to play at, and it’s still good enough.

“We’re pretty fortunate that we’ve been able to see someone like Rafa play for so long so I think, every opportunity we get to watch him for however long it is, we should really appreciate it.

“Obviously this year has been pretty tough for Novak. But his record at Wimbledon, his game style, he has to be the favourite going into it.

“But I think some of the young guys are going to be tough and they’re going to push him. There was probably only Rafa that was going to beat him at the French Open so I think he’ll be feeling pretty confident going into Wimbledon.”

Hewitt, the Wimbledon champion 20 years ago, will join Djokovic and Nadal at the Giorgio Armani Tennis Classic at the Hurlingham Club, where he will play in the ATP Champions Tour weekend on June 25-26.

“Back when I was a player I used to go out and play my matches and I’d see all the old boys in the locker room warming up and doing their stretches and we’d have a bit of banter, and now I’m one of those guys,” said the 41-year-old. “It’ll be fun. It’s a very prestigious club.”

Hewitt is looking forward to seeing how his fellow Australians fare at Wimbledon, in particular Nick Kyrgios, who has been bullish about his prospects on the grass.

“On his day he can match it with the best guys in the world, particularly on hard courts or grass,” said Hewitt, who hit with Kyrgios on grass in Sydney a few weeks ago.

“Anyone that can win so many easy service games like Nick, he’s one of the best spot servers on tour, so he’s going to be awfully hard to break. A lot’s still going to depend on the draw but he’s definitely going to be the hardest floater along with Andy Murray. There’s certain players that could really wreak havoc.”

:: Lleyton Hewitt will be at the Giorgio Armani Tennis Classic, playing in the ATP Champions Tour on Saturday, June 25 and Sunday, June 26. Tickets can be found at: https://www.seetickets.com/tour/the-giorgio-armani-tennis-classic