Look away: Nick Kyrgios will ruin your whole match and your game 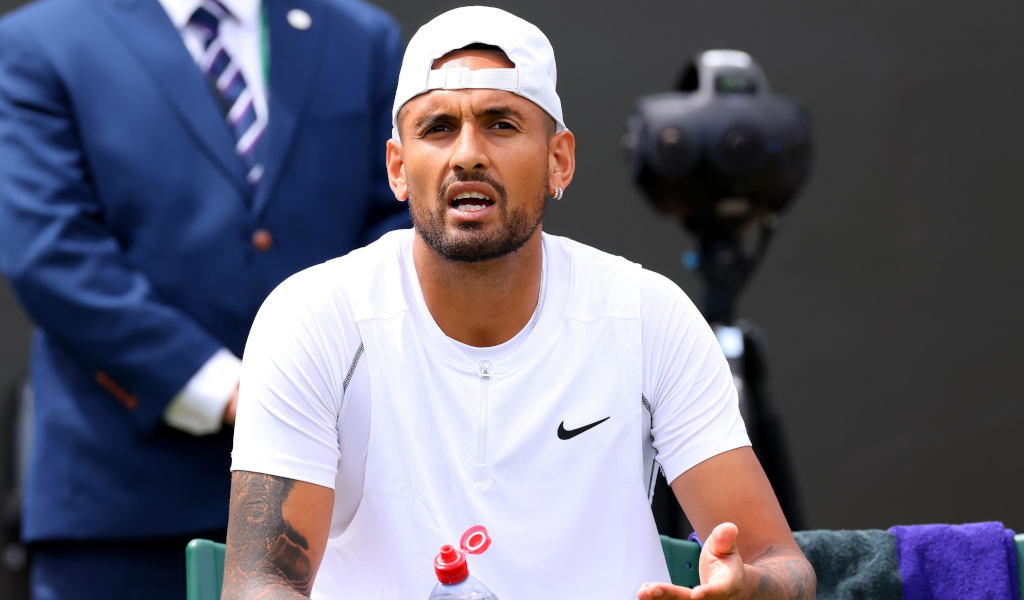 Seven-time Grand Slam winner Mats Wilander’s advice to Nick Kyrgios’ opponents is not to get sucked into his antics.

Wilander conceded that Kyrgios is playing some of his best tennis during his career-best run at Wimbledon.

He does believe that the Australian can be beaten but feels his opponent will have to be supremely focused.

“You have to realise that when Kyrgios begins his controlled chaos, it is most probably going to mean that he plays better. The most important thing is to be prepared for that.

“That means, don’t worry about it, don’t care, don’t listen to what Nick is saying, basically don’t look at him. Play the tennis ball that is coming at you and know that the guy hitting it at you is one of the most talented players of all time.

“He is literally a genius when it comes to feel, tactics and hitting the right shot at the right time. You have just got to shut that out and put a blindfold on. Do what you can do as a player and don’t worry about what goes on on the other side.”

Wilander said that despite showing no sign of restraining his over the top behaviour, Kyrgios is a lot more focused than he has been in his entire career.

“He’s more dedicated. You can see it physically, he’s in better shape. Mentally you can see it. He’s still Nick Kyrgios but he is focused on most of the points and is focused on winning. He was out there to win.

“Is this Nick Kyrgios that’s finally kind of reached his potential in terms of results, and potentially threatens the best players in the world in possibly going all the way or getting to a semi-final Slam, and maybe even having a chance to get to finals?

“I would have to say that is the one thing that I’m really looking forward to this week because you don’t know if this is what will happen. We might have a different Nick Kyrgios in the future than the one that we have seen for the last six, seven years.”