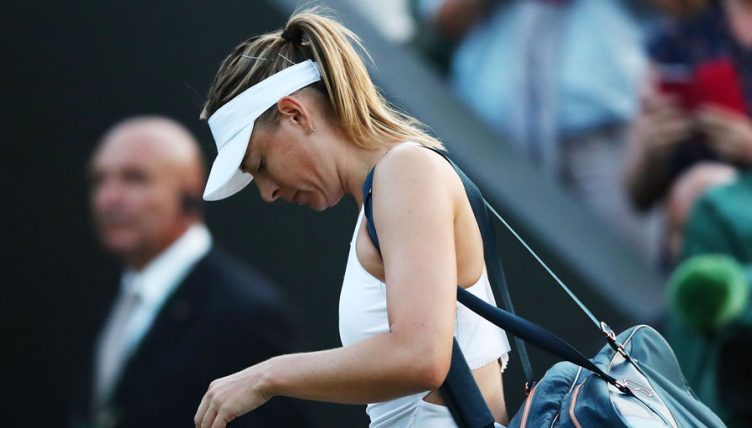 Maria Sharapova became the latest huge name to exit Wimbledon at the first hurdle after a shock defeat to Vitalia Diatchenko.

The 2004 Champion, playing at Wimbledon for the first time since 2015, came into the tournament with a perfect 13-0 record.

However, despite being just a game away from victory in the second set, she sank to an epic three-hour 6-7 7-6 6-4 defeat.

“I definitely had several chances in the match,” Sharapova said in a news conference after her defeat. “Although not playing my best tennis, I opened up a few doors and was a couple points away from winning this match.

“Sometimes you put yourself in a better or winning position, and you don’t finish through. That was the case today.”

World number one, Simona Halep, had no such difficulties,comfortably overcoming Kurumi Nara of Japan 6-2 6-4.