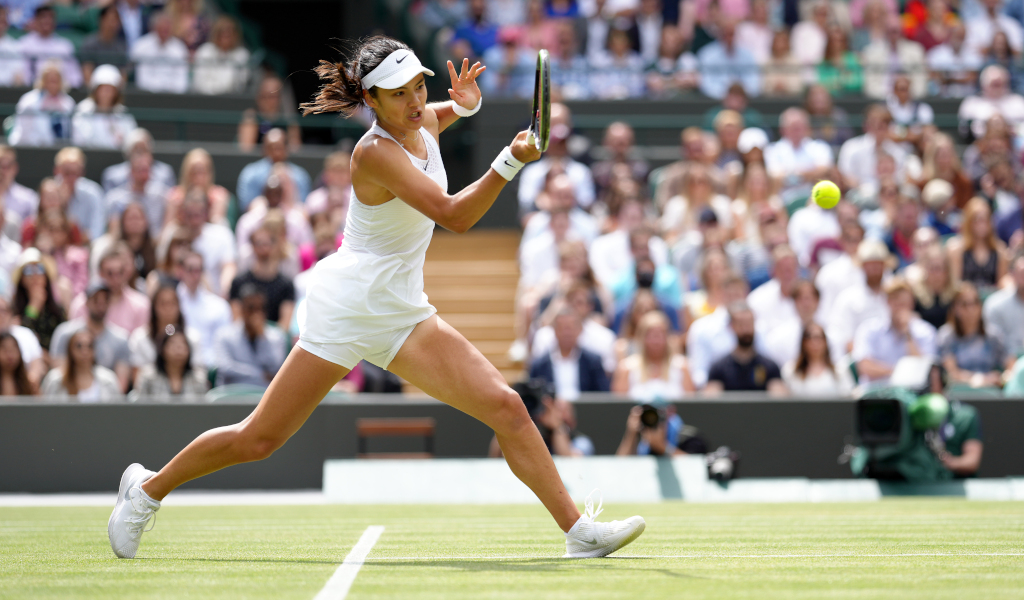 Emma Raducanu’s “incredible mindset and incredible movement” as well as her strength are important traits that will turn her into a tennis superstar, according to Mats Wilander.

Having been given a wildcard entry into the main draw at the Wimbledon, the debutant has gone on a fairytale at SW19 as she has reached the second week with straight-set wins over Sorana Cirstea, Marketa Vondrousova and Vitalia Diatchenko.

The 18-year-old will face Ajla Tomljanovic in the fourth round on Monday, but her victory over world No 45 Cirstea had former world No 1 Wilander raving.

“Amazing scenes,” he told Eurosport. “She is the real deal, and I am talking about the mindset. An incredible mindset and an incredible mover.

“She played incredibly – she has a great mindset, and just the way she handled it. She had so many break points in that second set – and somehow, like a mature tennis pro who has been on the tour for years – she handled that setback.

“I’m tell you, in Great Britain, you have a star that has been born.

Place a bet on the action with Planet Sport Bet. Emma Raducanu to claim another two-set win?

“She plays like her idol, Li Na. The forehand is almost an identical copy. She really is a fantastic tennis player and there is nowhere she is going to go but up. She is going to improve and improve.

“The fact that she turned that match around, and Cirstea came back, that is such a confidence boost and such a telling point that she is here to stay.

“She moves incredibly well and she has real strength. She has literally everything. She can be a superstar.”