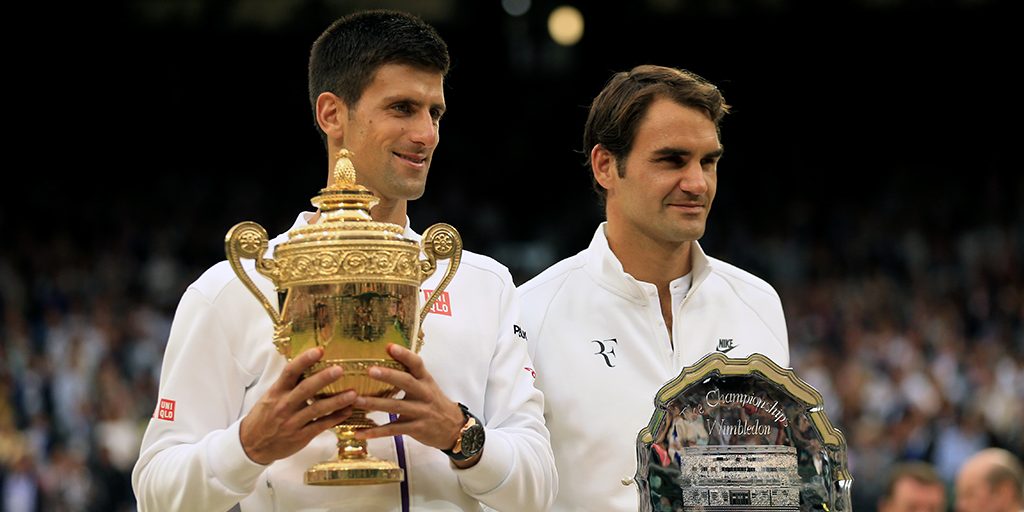 Djokovic showed some frailties as he struggled to maintain his best form in a four-set semi-final victory against Roberto Bautista Agut on Friday, yet Wilander believes the world No.1 will raise his game as he looks to close to within four title of Federer’s record-breaking total of 20 Grand Slam titles.

“For Sunday’s match, it’s hard to not see Novak be a pretty strong clear favourite for the title,” stated Wilander.

“Federer’s weapon is probably his serve, and Novak finds a way to neutralise that. Federer’s serve is not that hard, but well placed…so Novak will get a play on most serves and then he’s in the rally straight away.

“From the baseline, and when the balls in play, I think Federer can stay with Djokovic well. Of course, Novak can serve pretty much as well as Roger Federer does and can set up as many free points as Federer himself.

“If you look at everything, then you say that the weakest part of Djokovic’s game is as good as Federer’s, he’s stronger in a couple of places such as movement, the return of serve and the backhand. I think it’s going to be tough. I think Djokovic is going to feel pressure, that’s for sure, but then for Federer it might be his last chance.”

Wilander went on to pay tribute to 37-year-old Federer after his thrilling semi-final win against his old foe Rafael Nadal, as he believes one key shot gave him the edge over his enduring rival.

“The quality in the first set between Federer and Nadal was pretty high I thought,” he added. “Roger was playing very quick, very fast tennis so didn’t give Rafa any kind of rhythm.

“The second set dropped quite a bit, Roger’s level dropped quite a bit and Nadal played a lot better I thought. In the third and fourth sets it looked to me like Nadal thought he could win it by playing safe and that let Federer back into the match. Federer started playing really, really well again and the end was about as dramatic as it gets.”

“They are hitting the ball so hard these days and with so much spin that it’s never going to be great tennis to watch. The level is high but there are quite a few mistakes compared with what we remembered from 10 or 11 years ago. Federer served unbelievably well for most of the match and that was the biggest difference between the two players.”

Eurosport will screen live coverage of the Men’s and Ladies’ finals at Wimbledon.