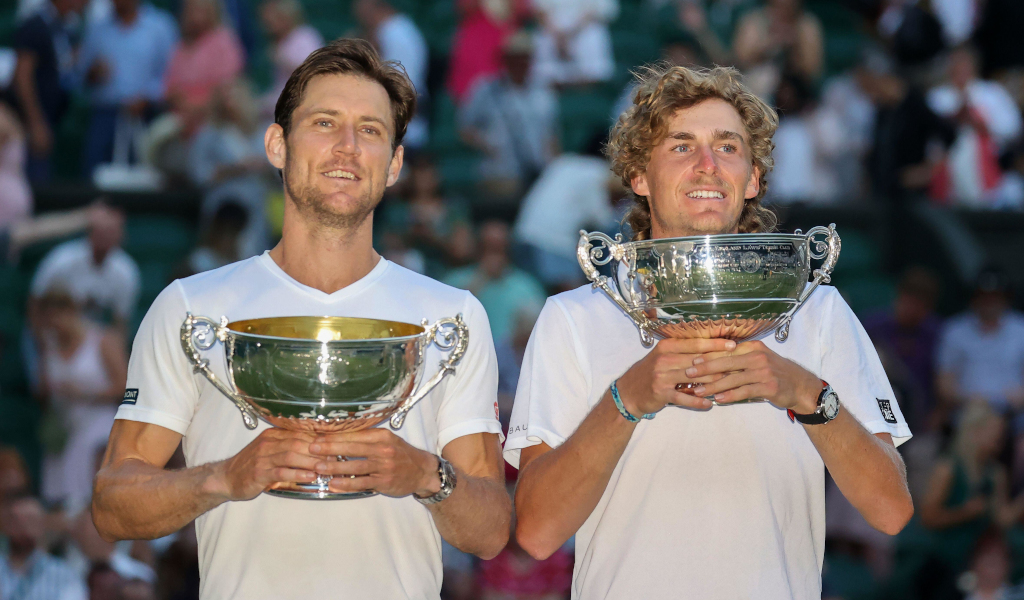 Matt Ebden and Max Purcell kicked off what could be a great weekend for Australian tennis with victory in the Wimbledon men’s doubles final over Nikola Mektic and Mate Pavic – who played despite having a broken wrist.

The left-handed Croatian suffered the injury during the semi-finals but decided to contest the final despite not being able to hold the racket with his right hand and having to use a single-handed backhand.

Ebden and Purcell, for whom this is a first grand slam title, have lived dangerously throughout their run, playing five-set matches in all but one round.

The Australian Open runners-up saved match points in the first round and then again in the semi-finals, when top seeds Joe Salisbury and Rajeev Ram led by two sets to love before having five chances to win in the third-set tie-break.

“I thought we were out of here in the first round,” said Purcell. “Three match points. And we just won Wimbledon. How good’s that.”

Ebden praised Mektic and Pavic, saying: “They almost beat us with an injury. We were very lucky to win. That just shows how great a team they are.”

Nick Kyrgios will hope to follow in his countrymen’s footsteps when he takes on Novak Djokovic in the singles final on Sunday.